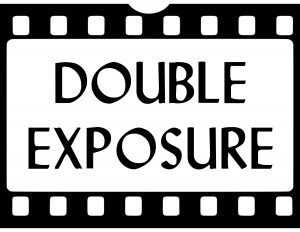 In the age of surveillance, Francis Ford Coppolla’s “The Conversation” dominated the box office.

The film stars veteran actor Gene Hackman (“The French Connection,” “The Poseidon Adventure”) who steals the show as Harry, a down-and-out bachelor with a background in surveillance. Also joining the cast are Harrison Ford (“Star Wars,” “Blade Runner”) and Robert Duvall (“The Godfather”).

The ultimate recluse, Harry spends his days playing saxophone in his tiny San Francisco apartment. But his life is quickly turned upside down when he gets hired by a shady corporation to eavesdrop on a mysterious couple.

He accepts the task, but it comes with a price: As Harry falls deeper and deeper into solitude while being haunted by a past case he was involved with which ended fatally, he is tormented by the thought that his current job could yield similar results.

“The Conversation” tapped into a paranoid nation where similar themes were beginning to be felt close to home. It was released in the midst of the infamous Watergate scandal, where then-President Richard Nixon ordered operatives to illegally break into and wiretap the Democratic National Committee headquarters.

While witnessing the couple being watched, audiences may feel that no one is safe, paired with the tension that sensitive information is on the brink of being uncovered.

“The Conversation” received excellent direction by Coppola, whose use of silence drives home the eerie sense of isolation that the plot gives off. The sound design is additionally uncanny: As we see Harry’s magnified view of the couple walking around a public space in broad daylight, his recording equipment occasionally distorts their voices into an unsettling garble.

As viewers get pulled in and subsequently wrapped up in the mysterious web that “The Conversation” weaves, they must also brace themselves for terrifying dream sequences and scenes of horror.

In a sense, nothing about the film’s premise has changed today. Modern audiences might agree that “The Conversation” has aged like a fine wine in an era of data auctioning and constant digital surveillance.

“The Conversation” is available on Amazon Prime and Apple TV.