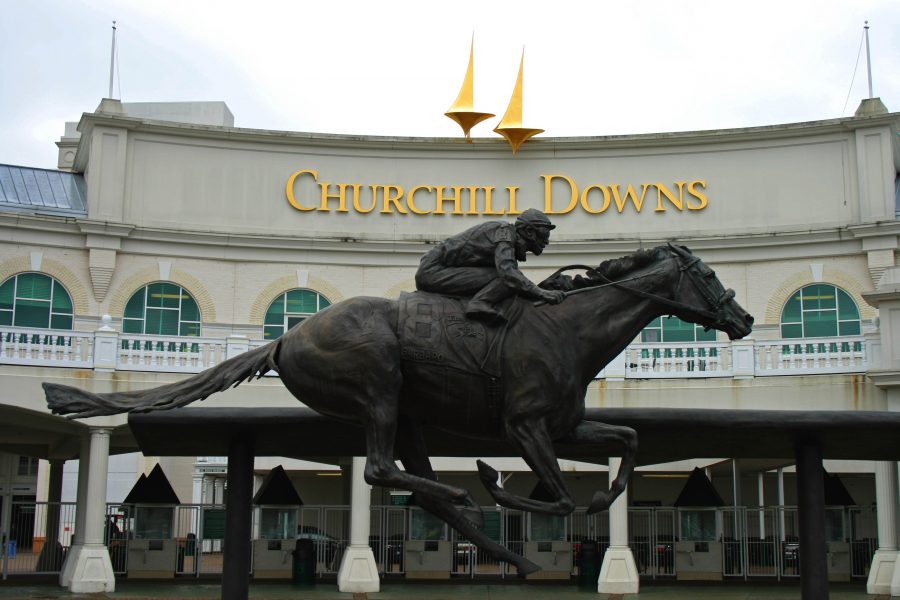 Instant replay is a mechanism for sports officials to check to see if they got a call correct or not. And, recently, it has taken over professional sports.

This year, for the first time ever at the Kentucky Derby, the winning horse was disqualified. And it happened 22 minutes after the race finished.

The Kentucky Derby is horse racing’s premier event every year. The Paulick Report, a horse racing news site, reported that over 150,000 people attended this year’s event. According to Forbes, $149.9 million was wagered legally in the 2018 Derby.

With so much money at stake, it’s understandable that they’d want to get the call right.

Maximum Security (9-2 odds), one of the favorites, won by a clear margin of 1 3/4 lengths (close to four and a half yards) after basically leading from coast to coast in muddy conditions.

For a brief moment, it seemed like a clear-cut victory. Then, the PA announcer declared the beginning of the end for Maximum Security: “The result of the race is unofficial. Hold all tickets.”

The jockey who rode Maximum Security to a seemingly victorious run knew he might have done something wrong. You could see it in his eyes during the post-race interviews that took place during the limbo.

Chaos ensued in the aftermath of the race when a rider’s objection caused three race officials to review footage of a specific point in the race.

They were attempting to determine whether Maximum Security left his line during one of the turns and impeded the horse War of Will, who in turn impeded Long Range Toddy.

The verdict: yes. The nearly clipped hooves were heard around the track as David usurped the Goliath. Country House won on a technicality, but a win is a win.

What Is Instant Replay?

Within stadiums, instant replay systems are a way for the officials in whatever sport to have more control over the outcome of the event. It gives them more leeway moment-to-moment to miss a call or even make the wrong one, but it also makes what happens less relevant.

Instant replay requires more cameras trained on the action and produces video images that can be used to support or overturn a call.

The case for: There is already a culture of hatred at sporting events, and referees are sometimes the best stand-in to pile that hatred onto. It’s perfect: a purportedly unbiased observer who is “clearly” biased against your team for some reason or another. It’s almost set up for you to take your anger out on them.

Instant replay gives a chance for technology to take center stage as well as hold the officials more accountable.

Hindsight is 20/20, and in reality, instant replay can provide us with an immediate version of it. It allows for the correct call to be made in more situations, and works especially well when that particular rule is objective and clear. During some non-ambiguous plays, a video is all that’s needed to see if a player’s foot really did step out of bounds or not.

Time and time again, instant replay has stopped points from counting when they clearly shouldn’t.

The future of professional sports is only going to get more inundated with technology.

The case against: Sports can have large grey areas, and often even experts can provide contradictory rulings looking at the same video. Part of the thrill for viewers comes from the spectacular athletic feats players make in a given moment.

Instant replay delays that gratification: First the crowd instinctively cheers, followed by an awkward silence as the referees try to determine what actually happened.

Then, sometimes that call is overturned — often minutes later — while other times the call stands but loses the excitement of the original play. Some of the charm of live sports is the unknown, the idea that anything can happen. Now, achievements can be taken away as quickly as the smiles on the faces of the fans in the crowd.

Instant replay invariably means that some fans will experience new forms of elation while others go on an emotional rollercoaster where, when the ride stops, they can’t help but feel robbed.

And, slowly and over time, it takes the audience out of the experiences of the moment.

Ruling On The Field

Professional sports already don’t really matter. By most measures, it doesn’t actually make a difference who wins or loses considering most of the (predominantly male) participants in the sport make tons of money anyway.

Instant replay has been instituted because the owners of professional sports organizations are reactive. A wrong call is made in a big game and the next year they want to fix it.

It makes sense: (almost) everyone wants the right call. But, considering the intricacies that come with its implementation, there has to be a balance in how often its used and how much it takes the joy out of the game.