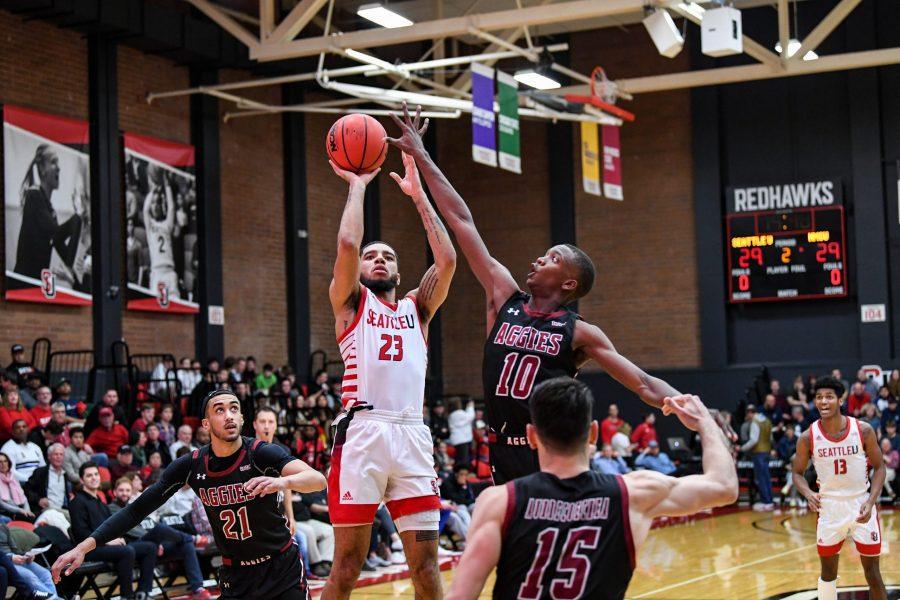 After a stellar two-year stint leading a resurgence for the Seattle University Redhawks, SCC men’s basketball alum Terrell Brown will have a realistic chance of winning a national championship as he announced his decision to enroll as a graduate transfer at the University of Arizona.

Brown scored 1,064 points in less than two years with the Redhawks. Photo courtesy of Seattle U Athletics.

Brown told 247Sports he also had major interest from the two big in-state schools – UW and WSU – as well as a handful of other nationally-relevant programs, including Arkansas, Texas Tech and San Diego State.

In 2017-18, Brown put together one of the most dominant NWAC seasons in recent memory, leading the league with 30.0 points per game, more than six above anyone else. He also led the league with 3.2 steals per game and was tied for tenth in rebounding despite being just 6’1”, well below-average height for the league.

He parlayed that into a spot on the roster at Seattle U and put together a strong freshman season in 2018-19, earning a pair of Western Athletic Conference (WAC) Player of the Week awards while averaging 14.1 points per game. But he took off in his second year with SU, leading the WAC with 20.7 points per game and earning First Team All-WAC honors.

Brown scored 1,064 points in less than two years with the Redhawks, becoming one of just four players to hit the 1,000-point mark since Seattle U rejoined NCAA’s Division I in 2009 after a 29-year absence. It took him just 59 games to hit that milestone, making him the second-fastest to do so.

He also becomes the second former SCC athlete to transfer to an NCAA Power Five school in just the past three years. Kacey Hvitved starred as a freshman for SCC softball in 2018, earning a spot on the roster at the University of Mississippi in the Southeastern Conference, where she is now a junior.