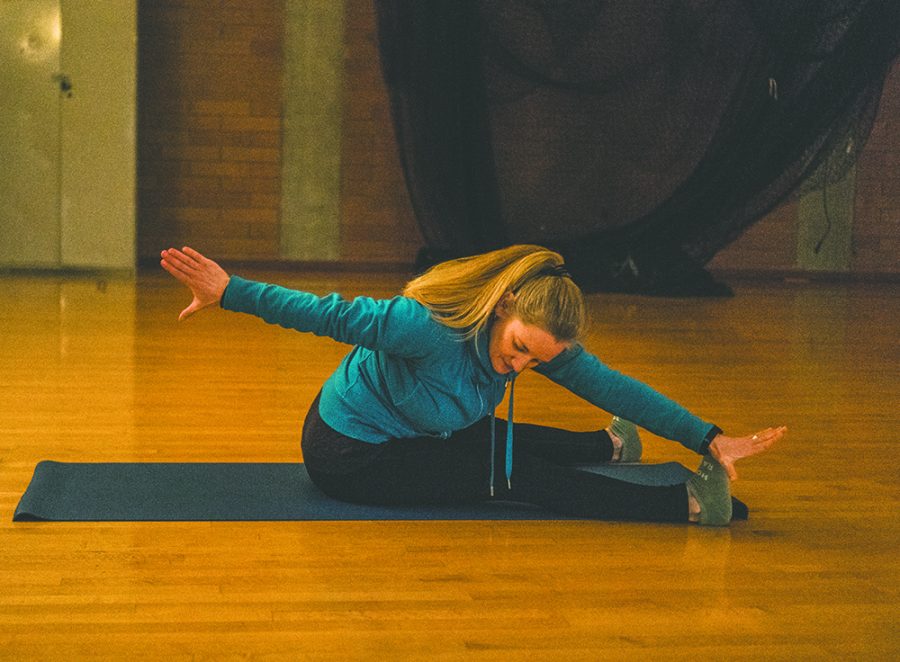 SHAPE UP WITH PILATES

When deciding which workout class to go to I decided to pick the strangest one I could find. Yoga was my first pick but I felt like it was too mainstream so I decided on pilates. I always pictured pilates to be some exercise routine involving crutches and yoga balls, nothing too strenuous since I couldn’t picture there being any weights being involved. It was only halfway through the class that I realized how wrong I was.

Walking into the pilates studio, I was struck by its casual nature. It was a room dimly lit with only three lamps. Initially I felt out of place in my workout attire because I hadn’t gone to the gym for quite awhile and I tried to blend in with the small class. The instructor, Stacie Attridge, started the session with a basic stretching routine that left me sore. Please bear in mind that I am not in shape.

Attridge described the exercises as a cross between the strength of lifting weights and the stretching that comes with yoga. The equipment for doing true pilates is too expensive for the SCC gym so we focused on the pilates exercises that involved stretching and balancing. The amount of flexibility required was not extreme in any way.

Throughout the entire class I felt like a beetle tipped over on its back desperately trying to regain footing. It was difficult, even according to the instructor.

“Pilates is pretty challenging, you have to stick with it,” Attridge said.

When asked if she would recommend pilates to the general public, she said, “As long as you are healthy and willing to try something new”.

As for myself, I highly recommend this class because the exercises kept me engaged and distracted me from the labor. It made one hour of struggling seem like only 20 minutes.

As an out of shape newcomer, I was expecting to be treated like an outsider.
I was barely able to fumble through most of the exercises, but the atmosphere was  surprisingly relaxing. The low lights and calming music helped put my mind at ease while I did my best to follow the group.

I would recommend it for those who are looking for new ways to exercise and challenge themselves.