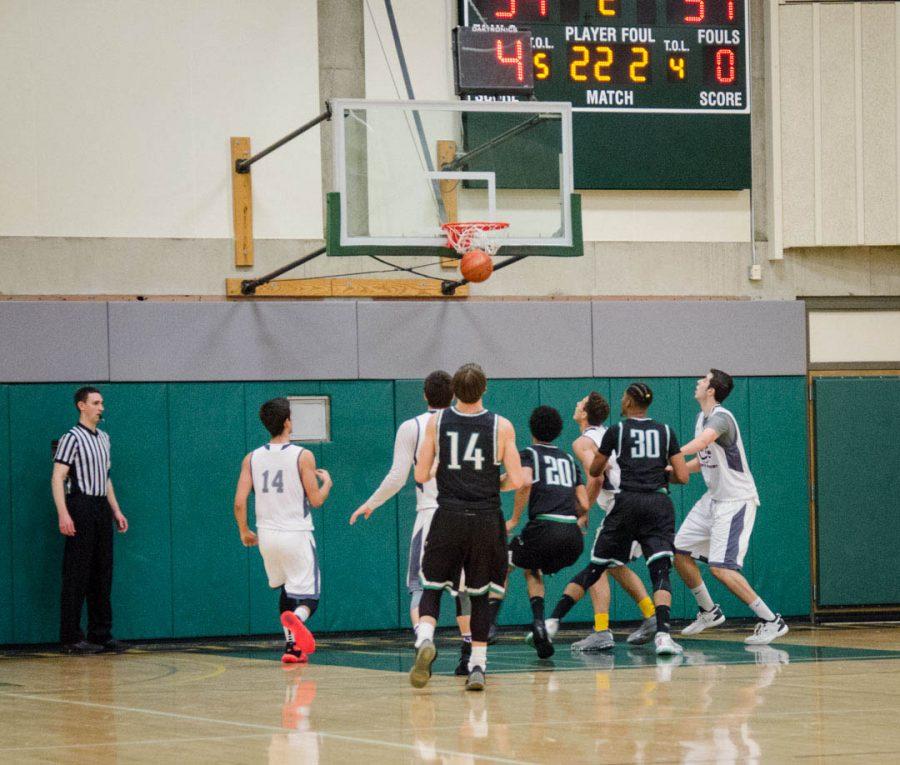 Shoreline’s no. 14, Ben Steinbrueck (dark uniform), scores in an exhibition game to jump start the 2016-17 season. No. 20 Andrew Hawkins and no. 30 Will Luckett fight down low for rebound real estate.
Photo by Martin Musialczyk

The home opener for men’s basketball is two months away, but the team has been practicing since the end of September getting ready for the upcoming season. The team has also been playing in exhibition games to get ready for league play.

Last year, the team battled injuries and eligibility issues to an 11-16 overall record, finishing with three straight wins. Five players who saw significant playing time are returning from last year’s team, and seven sophomores who sat out last season but were in the program are also back.

Derrik Dean is one of the 12 sophomores on this year’s roster. Dean was injured in the second game of league play last year but, in the first exhibition game of this year, led the team with 18 points.

Ben Steinbrueck racked up 70 assists despite playing in only 10 games all year. He is another player returning who spent much of last season sidelined by injury.

Joe Ghebrehiwot and Will Luckett also saw significant playing time last year and are returning to the team.

The Phins start the season Nov. 19 at Wenatchee Valley, and the first home game is at 7:30 p.m. on Wednesday, Jan. 11 against Peninsula College in the gym. All home basketball games are free for students and faculty.