End of a Year : Volleyball Looks to Go Out on High Note 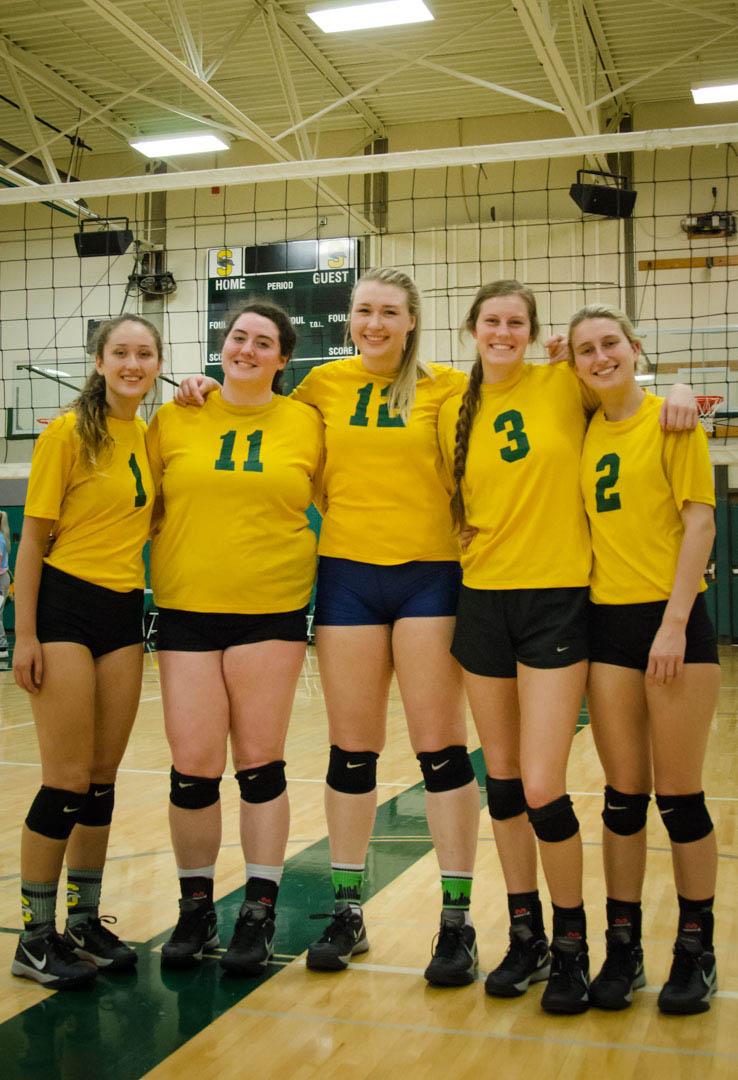 The Phintastic Five led the Shoreline volleyball team to a 10-2 conference record. Their 18-13 overall record notwithstanding, the Phins have had an amazing year under husband and wife coaching duo Mark West and Raquel Chumpitaz-West.

The sensational sophomores — Josephine Dalrymple, Taylor Alexander, Kristina Nielsen, Kyla Pitzman and Carlie Howard — have been a force to be reckoned with this season. Posters of them have been hanging up all over campus.
Now they’re chasing a championship to reinforce that notoriety.

The team is currently competing in the NWAC volleyball tournament at the Greater Tacoma Trade and Convention Center. Shoreline had a first round 3-0 victory over Highline and will go up against the Blue Mountain College Toppers in the second round at 12:30 p.m. on Friday afternoon. Only four games stand between the Phins and the 2016 NWAC volleyball championship. Go Phins!