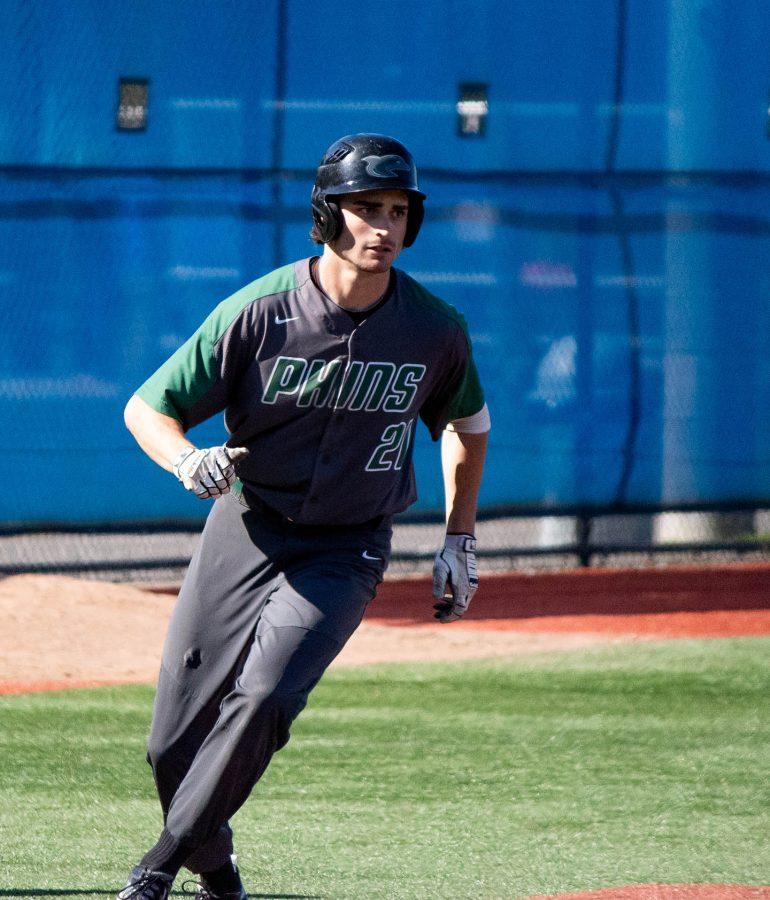 Zane Zurbrugg has all of the tools that make baseball scouts salivate. He’s tall, with a quick, compact swing, a powerful arm and record-breaking speed.

Three years ago, he barely made a blip on anyone’s radar.

“I wasn’t even recruited coming out of high school,” Zurbrugg said.

SCC’s star center fielder played many sports growing up in Bremerton, Washington, but decided to focus on baseball starting in sixth grade.

Without any collegiate offers well into his senior year of high school, Zurbrugg received an email from the coaching staff at Corban University in Salem, Oregon, inviting him to participate in a showcase the team was holding.

After participating in the showcase, Corban’s then-Head Coach Jeff McKay asked Zurbrugg where he was going. When he told McKay that he wasn’t being recruited, McKay offered him a spot on the roster, and Zurbrugg jumped at the opportunity to keep playing baseball.

Zurbrugg never ended up playing for Corban. In fall of 2016, he came down with patellar tendonitis in his knee. Knowing he wouldn’t be able to play that spring, he didn’t want to keep paying tuition at a school where he never felt comfortable.

At the same time, his older brother Zach was entering his sophomore season as the Phins’ starting catcher. Zach told his brother to call Dave Snell, the head coach for the SCC baseball team.

Zurbrugg spent the 2017 season recovering from his knee injury, but as the 2018 season approached, he expected to be a significant contributor in the infield. Injuries caused a change of plans again — but this time, things fell into place.

About a week before the start of the 2018 season, SCC’s expected starting center fielder suffered a season-ending injury, leaving the Phins scrambling to fill the void. The Phins tried putting Zurbrugg in center to let him better utilize his elite straight-line speed.

With that move, everything fell into place.

At first glance, he seems to consist entirely of arms and legs. He’s among the tallest players on the team at 6’4” but weighs just 175 pounds. He turned heads with a blazing 6.3-second 60-yard dash at the 2018 NWAC Baseball Showcase, the fastest time ever recorded at the event.

“He just looked contained in the infield,” Snell said. “He looked like he couldn’t get loose and do his job. We put him in the outfield, figuring it would make him a bit freer. He’s only been out there a little bit over a year, but he’s a run-saver.”

“I feel at home in center field,” Zurbrugg added. “I was a good shortstop; I’ve played shortstop my whole life. But I didn’t excel at it.”

If It Ain’t Broke

His offense required no such adjustment: After a solid year as a freshman in 2018, Zurbrugg has been dominant as a sophomore. He ranks in the top ten of the NWAC in batting average (seventh), on-base percentage (fourth) and stolen bases (third). Perhaps most impressive is what doesn’t happen during his at-bats: Zurbrugg has struck out just six times this season in over 140 plate appearances, making him the toughest batter in the league to strike out.

With just about a month left in his SCC career, Zurbrugg won’t be left with just one option to continue his baseball career this time. Multiple four-year colleges have offered him a scholarship, including some in NCAA Division I, the highest classification of college athletics. But he has his sights set higher: the 2019 MLB Draft.