From Plato’s Cave to Google’s Cubicle 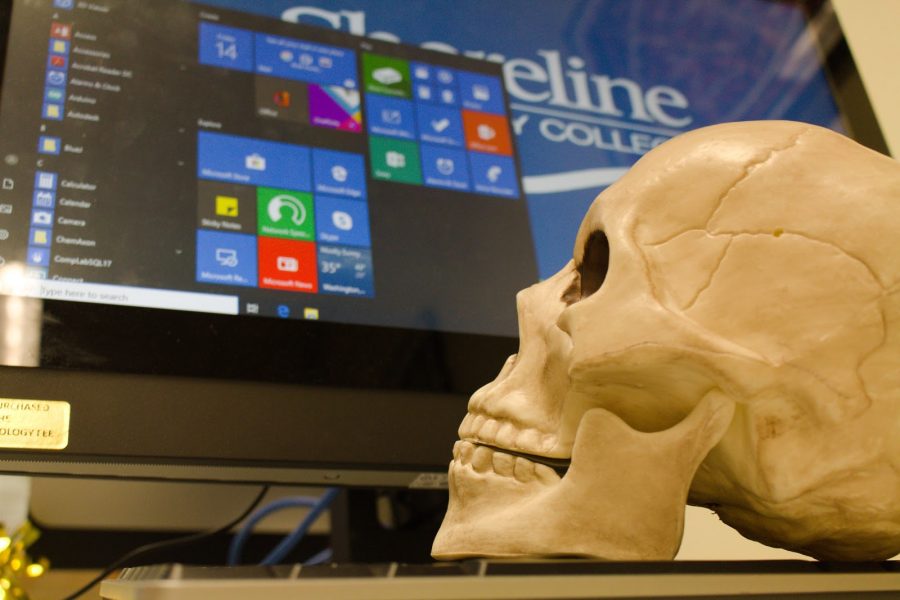 On a crisp, sunny afternoon in winter, students shuffled into room 1508 where SCC professor William Lindenmuth explained deep philosophical concepts with the same level of enthusiasm as someone who had just conceived the ideas.

“Companies have to think about their role in this world,” Lindenmuth said in an interview after his class had ended. “And care is what makes the world unhidden.”

One of the latest trends in the tech world is the hiring of philosophers in a number of capacities, most notably as employees, chief philosophy officers (CPOs) and startup entrepreneurs.

There are certain intersections between coding and philosophy which make philosophers valuable employees.

“Philosophy students who are trained in informal logic usually have a lot of insight to contribute to programing problems,” said Paul Herrick, a PhD graduate and SCC philosophy professor. “Which makes sense because computer programming developed out of symbolic logic.”

Three of Herrick’s graduate school friends have both philosophy degrees and IT jobs.

According to Mike Gregoire, CEO of CA Technologies, the strength in logic that a philosopher brings to the table is quite valuable when building new algorithms or sorting through data.

The ability to analyze arguments and carefully follow reasoning translates well to what would normally be thought of as a linguistic or mathematical skill.

Additionally, a degree in philosophy provides more than just employment opportunities — it also paves the way for leadership positions.

When businesses need help finding a direction, creating a company or even navigating how to be socially responsible, that is when a CPO might step in.

Andrew Taggart is among the ranks of CPOs who consult companies via Skype, letting them pay whatever they can for the service — though some consultants charge as much as 100 dollars an hour.

Taggart, who has been consulting since 2010, says that he focuses on “cutting through the bullshit.”

For example, instead of asking a face value question about success, Taggart will ask businesses things like “why be successful?”

“In terms of treating everyone with the same respect as an intrinsically valuable being, I hope that would be good for business,” Herrick said.

As the world population grows and more human-produced problems arise, there is perhaps less room for a company to focus solely on profit without considering its impact on the communities that it caters to.

“The longer we live on this earth, the harder it is to be good,” Lindenmuth said, reflecting on the nature of the intense change brought upon by tech companies. “When philosophy is doing its job, it’s about caring about things.”

One of the main target areas of evolving tech is its ethical boundaries: How are companies treating the planet? How are they treating human beings as they slowly merge with technology through artificial intelligence and assisted living?

CPOs help companies ask such questions to reign in the purpose-driven side of business rather than the profit-driven one.

Business Insider features a list of successful business executives who majored in philosophy, but most notable are the ones that focused on philosophy and let the business end fall into place.

Take, for instance, the LinkedIn co-founder and executive chairman Reid Hoffman — who studied philosophy to become an academic and an educator and later realized he could have a bigger impact on the world if he used his skills in the tech world.

Or the founder of Flickr, Stewart Butterfield, who majored in philosophy of the mind and sold his company to Yahoo for enough money to focus on creating a civilization-building video game.

But the majority of “successful” philosophy majors are people who earned business degrees and later returned to reinforce them with philosophy degrees, such as former Hewlett-Packard CEO Carly Fiorina.

“It takes a lot of privilege to go back for a philosophy degree,” Lindenmuth said, pointing out that such a degree is very difficult and requires many hours of hard work. He reflected on how he would spend “15 hours in a room reading [Martin] Heidegger.”

Business executives and entrepreneurs talk a lot about “soft skills” being needed in the workplace, and humanities often sits in the shadow of STEM programs. But as our population grows and the world changes, so too must businesses adapt.

Philosophy is about the love of wisdom and examining our existence. It is about logic, reasoning and examining complex, abstract ideas. The more that technology grows in this world, the more important human values seem to be to its creation.

“Companies that have a humane culture that treats the individual with respect as a being of great value — that could pay off in terms of a more smoothly-functioning culture,” Herrick said. “It could make for a better company and even a more profitable company.”