Why You’ve Got to Vote 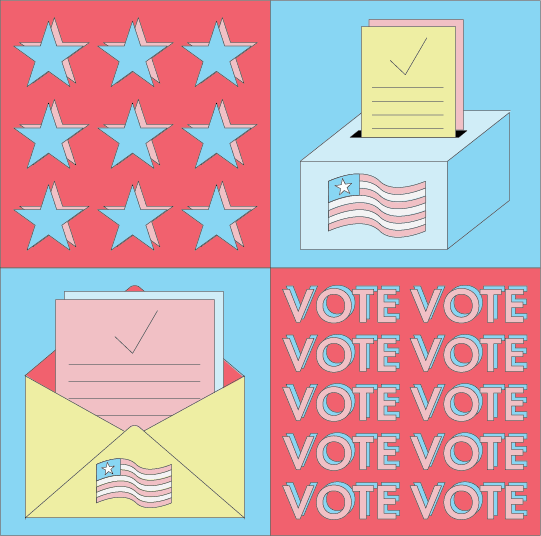 As the encroaching election draws closer, it’s important to make sure that, if you’re eligible, you’ve registered to vote, and mail in your ballot by Nov. 3. And never has it been so crucial to vote given the current political climate.
According to statistics compiled by the U.S. Census Bureau in 2017, there has been a decline in the percentage of voters aged 18-24 since 1980, with an occasional rise every four years. In the last forty years, though, only about half of voters aged 18-24, actually vote.


Recent Social Media Influences
Recent events have seen many advocating for the participation of voters, never has it seemed more important to the youth to get involved, and go out and vote.
Social media influencer David Dobrik hosted a Tesla giveaway, to get people to vote. To have a chance to win one of the five white Tesla Model 3s, fans had to check whether they registered to vote through HeadCount.org, a non-partisan group devoted to increasing voting rolls.
Dobrik managed to rake in almost 120,000 registered voters, being the single largest voting drive in the 16 years that HeadCount has been active, having a history with various celebrities, mostly musicians. HeadCount has also recently partnered with artists like Billie Eilish and Ariana Grande, to further reach a youthful demographic.
So Why Does Your Vote Matter?
Consider the 2000 Presidential election, where George W. Bush won the state of Florida by 537 votes, or 0.009%, an outcome that secured his presidency. Similarly, though the Electoral College provided a decisive win for Donald Trump over Hillary Clinton, the last presidential election came down to a few thousand votes in one or two states. Clinton may have held the national popular vote by near three million votes, but Trump’s attention to securing key districts in “swing” states like Pennsylvania, Wisconsin and Michigan sealed his victory with enough electoral votes to win the presidency.
Your vote is unlikely to be the deciding factor in who is elected, but it is part of a whole. That undoubtedly indicates that it is significant, as it perpetuates participation amongst those around yourself.
But I can’t Vote
If you are not yet 18, or are not a U.S. citizen, you can still find other ways to join in or contribute to the election process. You might not be able to walk into a voting booth, however, here is how you get yourself involved:
Stay Informed
Be aware of current political issues, both in your area and on a national scale, and from there develop your own opinion and locate your stance.
Participate in the Conversation
You might not be able to vote, but you sure can voice out your own opinions on social media as we see it becoming a growing platform for such, as you might just sway one or two misinformed individuals, and that’s more than nothing.
Volunteer
If a certain candidate has caught your interest and receives your support, there’s no reason not to aid their campaign by volunteering, you may just simply choose to further inform your community, or may even go as far as volunteering at campaign headquarters. Such work, however minimal, still does play a role, and indicates to others the support a candidate has, and strikes the question of why? further developing an educated discussion.
One of the liberties endowed unto a U.S citizen is the right to vote, to participate in elections. Such a liberty is not given to many of those around the world, nor to many Americans historically. No matter what you believe or whom you support, it is important to exercise your rights.

Editor’s note: An earlier version of this story was misfiled under news. This story is an opinion piece. We apologize for the misleading categorization.