The Electoral College is Historically Flawed 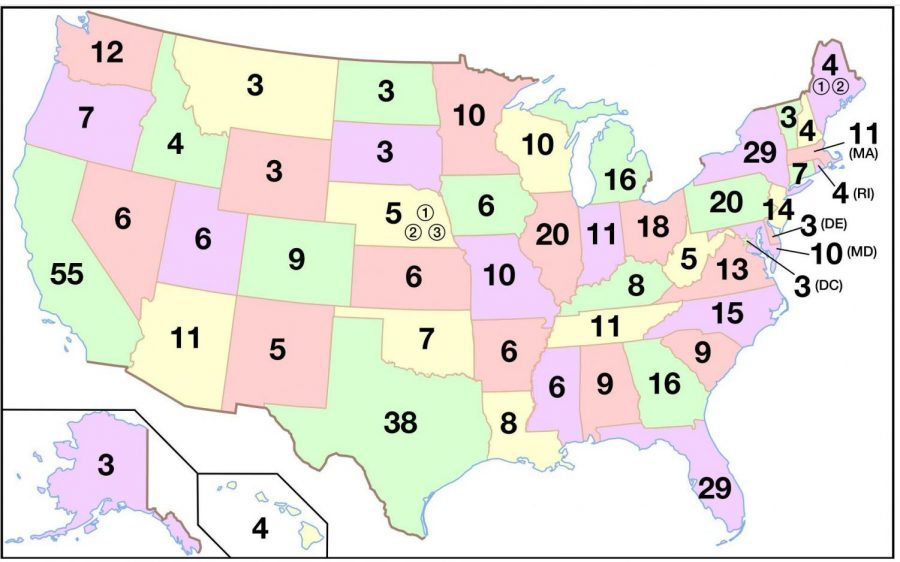 The Electoral College stands to be one of the most confusing and controversial parts of the U.S. political system.
It’s the same system that awarded Donald Trump the 2016 presidency despite Hillary Clinton holding the popular vote — and the same one which allowed George W. Bush to win in 2000 despite receiving approximately 500,000 fewer votes than Al Gore.
What is the Electoral College?
Article II, Section 1 of the U.S. Constitution establishes that the Electoral College determines who wins the presidential election, with at least 270 electoral votes needed to do so.
The Electoral College consists of 538 delegates: people who cast the votes that formally elect the president. These delegates represent the total number of U.S. senators (100, two per state), the total number of state representatives (435) and three more electors for the District of Columbia.
Each state, regardless of size or population, is allotted the same number of electors for its two senators. This means that California, the most populous state in the country, gets no more electors per senator than Wyoming — the least populous state in the country.
Why should you care?
The Electoral College was originally implemented due to the fact that most Americans weren’t educated and the U.S. government believed that the average voter couldn’t be trusted in making an informed decision. Clearly, this is no longer the case.
In 2016, Trump won with 304 electoral votes. It was the fifth time in American history that the winner of the presidential election lost the popular vote.
It was also the second time since 2000 that a candidate lost the popular vote but won the Electoral College. That year, Bush prevailed because he won 271 electoral votes to Gore’s 266.
The Electoral College is an outdated system that incentivizes candidates to campaign in “swing” or “battleground” states (states where Democrat and Republican votes are nearly equal such as Florida, Michigan and Pennsylvania) more so than in big states such as California and Texas.
This year, president-elect Joe Biden captured both the popular vote (over 75 million votes) as well as the majority of electoral votes (290). It emphasized an issue that was highlighted during the 2016 presidential election: How can a candidate that has clearly received the majority of the votes lose?
Such instances have adverse effects on voter confidence and the system as a whole.
“California, the most populous state in the country, gets no more electors per senator than Wyoming — the least populous state in the country.”