Opinion: The Australian Bushfires– More Than Meets The Eye 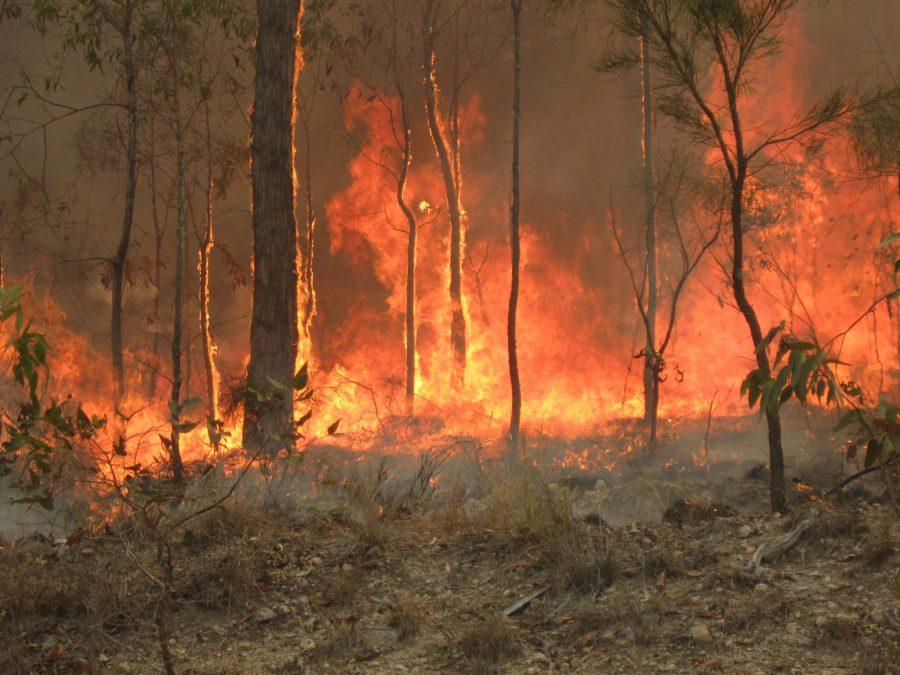 The recent media coverage of Australia’s wildfires is leaving one question largely unanswered: How are the region’s First Nations people being affected?

Due to severe droughts, a series of bushfires beginning December 2019 have been burning across the continent.

In her Jan. 8, 2020 National Geographic article “Traveling to Australia? Here’s what you need to know,” Sarah Reid reported that the fires had taken 23 lives, destroyed approximately 2,000 homes and left an estimated half a billion animals dead.

Additionally, in a Jan. 14, 2020 NASA article titled “From Smoke Going Round the World to Aerosol Levels, NASA Observes Australia’s Bushfires,” Lynn Jenner explained that the wildfire smoke had moved around the entire globe and returned full-circle to its point of origin.

Recent photographs taken by astronaut Christina Koch aboard the International Space Station depict the scope of the disaster from space, revealing foreboding blankets of light brown smoke enveloping the country which have turned neighboring glaciers a similar color.

With all of this in mind, it comes as no surprise that Australia’s droughts and subsequent wildfires are finding their place in the history books as some of the worst on record — but perhaps those suffering a lesser-known impact are the continent’s First Nations people.

Who Are Australia’s First Nations people?

Australia’s First Nations communities consist of the Aboriginal and Torres Strait Islander peoples who originally occupied the country prior to European settlement in the late 1700s. According to the Australian Government website, First Nations people currently represent 2.4% of the continent’s entire population.

According to ERIN BLAKEMORE’s Jan. 31, 2019 National Geographic article “Aboriginal Australians,” government policies led to the forced assimilation of First Nations people between the 1910s and the 1970s.

Blakemore further explains how First Nations children were forced out of their homes and placed in adoptive families in an effort to assimilate them into the Western culture. The children’s names were often changed and they were prohibited from speaking their native languages.

Blakemore adds that most First Nations people were not fully recognized as citizens or had voting rights until 1965.

Though decades have passed, First Nations people continue to struggle with their exclusion from the management of their homeland, as evidenced in the effects that Australia’s ongoing bushfires have had on them.

Morris explains that the indigenous people of Australia, who make up some of the poorest communities in the country, will not be given any involvement in the recovery process despite having over 50,000 years of experience caring for and living on the land.

This deep-rooted and long-lasting history with the land gives the indigenous people an incredibly powerful spiritual connection to the land, which has sadly been neglected and mismanaged by Western traditions.

“As First Nations people, we’ve been backed into a corner, forced to live western lives, constructed without our permission, and without any reparations made to level the playing field within society,” Morris says.

Furthermore, in a Jan. 14, 2020 “Earther” article titled “Bushfires are ‘Obliterating the Cultural Memory’ of Australia’s Aboriginal People,” Yessenia Funes describes how the Australian bushfires are uniquely traumatizing for these communities.

“Fire, an element indigenous groups across the continent once lived in harmony with, is now putting their cultural and sacred sites are at risk,” she writes.

In the same article, Funes explains that five members of the Mogo Local Aboriginal Land Council lost their homes along with the council building which housed valuable cultural history and ecological data that was intended to be digitally archived.

Funes further explains that First Nations people have their own method of fire management, which essentially involves setting smaller, controlled fires to rid the land of dry debris which would have caught fire anyway and created massive destruction.

These smaller fires are intentional and calculated, and in this way avoid harming large portions of land and animals. Their technique has been honed for thousands of years and their spiritual and cultural connection to the land gives them the ability to successfully carry out this craft.

Funes goes on to say that she believes it is time for Australia to welcome the knowledge and traditions of First Nations people who have sustainably lived on the continent for thousands of years, perhaps to help avoid catastrophes such as the bushfires currently burning.

Upon hearing the stories of the First Nations community through Fumes and Morris, I realized that most media sources are not giving the full story, nor are they covering the diversity of experiences during Australia’s unceasing wildfires.

Inequality in the Media

Though there are plenty of news outlets covering the devastating losses of animals, wildlife and people’s homes, very few are covering the effects that the fires have had on First Nations people.

This is not only embarrassing, but incredibly offensive to Australia’s indigenous community whose land was taken from them and capitalized on while they have been pushed to the sidelines to watch on as their land suffers at the hands of Western colonization.

The fires impact First Nations people in a way that is incomparable to non-indigenous residents, not just because of the fact that most of them live in poverty, but also due to their deep connection to the land and cultural knowledge of how to manage it.

We must begin to acknowledge our past, even if it may be controversial. Only in doing so can we attempt to move forward and progress toward a more inclusive and safer place for all.

To make a donation toward the relief for Australia’s First Nations people, visit gofundme.com/fire-relief-fund-for-first-nations-communities