I Believe: Men Can Be Better 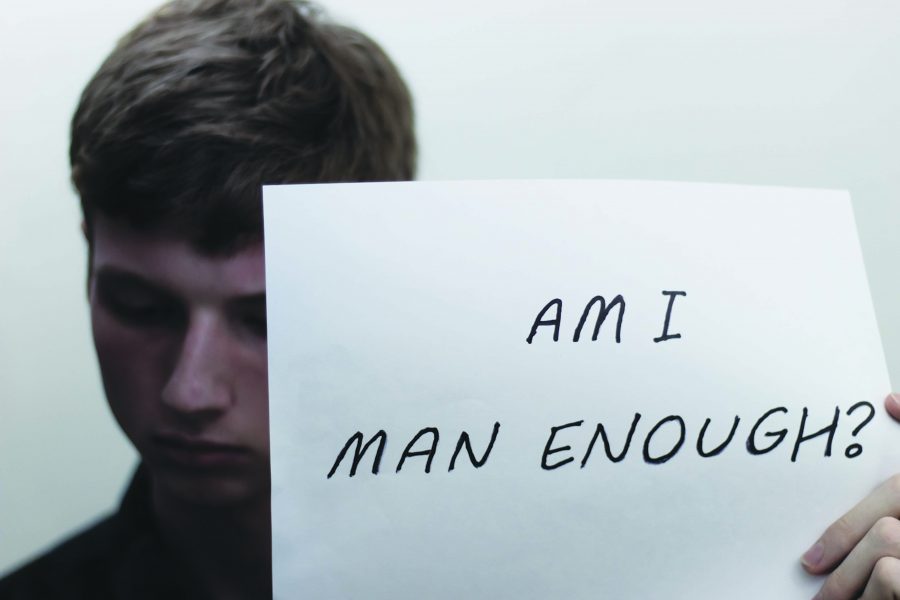 Outrage has a way of drowning nuance from debates.

Men are conditioned by society and mass media to behave in specific ways, leading those who deviate from the given stereotypes to question their identity. Photo Illustration: Joshua Groom

You’d have thought the line between all men being sexual harassers and all men being saints was razor thin if you listened to the controversy over the Gillette commercial that premiered last month.

If you haven’t seen the commercial, I’ll distill the controversy for you: Gillette has repurposed its slogan “the best a man can get” into a socially conscious “the best men can be.” In doing so, Gillette took a stand against sexual harassment in a way that some have interpreted to be an attack on all men.

The professed purpose of the campaign was to “actively challenge the stereotypes and expectations of what it means to be a man everywhere you see Gillette,” according to the company website. Those expectations can be pretty rough.

The idols men look to are most often action hero types who always get the girl, and often more than one. Hollywood’s depiction of men’s emotional depth is generally limited to lust, hatred and anger. Films and TV shows avoid portrayals of sadness, except for grief, which is used as a gimmicky motif to create a desire for revenge in the plot.

The sad reality is that movies marketed to young men are often centered around violence. Films that explore deeper emotions, such as love, sadness and the true impact of loss are targeted towards other audiences.

Impressionable youths like to imitate those they see as successful. The clearest image of success presented to young men are the violent action stars they watch on the television and the misogynistic music that pours out of speakers all around the nation.

When Gillette showed men telling each other to stop fighting, they challenged that image. By telling men that “boys will be boys” just doesn’t cut it anymore, they pushed the debate in the right direction.

I’ve always been a skinny, unathletic guy. I’m a little on the emotional side, at least compared to the expectations that others had for me as a man. The best way to fit in has always been to hide it, and to mock others who are like me.

In middle school I had a nickname: My initials, “JAG,” followed by “the” and a pejorative used to describe gay people.

The things was, it wasn’t that I was being bullied. The nickname bothers me far more now than it ever did at the time. Back then, I was just glad to be a part of the “in” group.

With the benefit of hindsight, I realize that there was more to the nicknames and the homophobic slurs my friends and I threw around at 10 years old. I didn’t fully fit the stereotype of a man, so it made sense in the minds of pubescent boys to label me as gay in the most crass terms imaginable.

The strangest part to remember is how easily I accepted and partook in the name-calling. My peers and I displayed our learned homophobia, with the stereotypes of what a man should be having been burned into our minds by the time we hit sixth grade.

I wish more of the programming we saw challenged those stereotypes. Guys are more than fighters and abusers. That was the point of the Gillette advertisement, even if some people don’t perceive that message. This misunderstanding leads to boycott threats and an abundance of hot takes from media commentators.

Fast forward to three weeks ago. A girl asked me out on a date.

I went to my friends for advice and got responses that I should have predicted.

“I’ve got condoms, come get them.”

They were joking, but the responses are illustrative of another problem that men face: Some men see women as objects existing solely for their pleasure, and the films geared towards men reinforce that notion.

I wasn’t asking for advice on what to do with her. I wanted to see if anyone had ideas on how to let her down gently because I didn’t want to date her. But of course, that wasn’t the response I got.

My friends aren’t bad people. I have serious doubts that they would ever act on the suggestions they made to me, but the fact that they even had the ideas in the first place is disturbing: Men can do better.

I’m not here to point fingers or make broad accusations against all men, but based on my experience as one, we can be nasty. Even if only in private, and even if it wasn’t meant to be taken seriously, men say things about women and do things to women that nobody should.

Why I Respect Gillette

There’s a final piece to the story. One that I’m rather ashamed to admit: I didn’t say anything. I don’t have the guts to stand up to my fellow men.

That’s why I respect Gillette for taking a stand. Even if they’re doing it to promote their brand and increase their bottom line, they are showing young men that it’s okay to be different than the “macho” man we always see on the screen.

As a society, we need more of this.

It’s unfortunate, but in America, most men are not influenced by the women around them. That’s why we need other men to remind us of the need for change.

It’s not about policy. It’s about gradually changing societal expectations, and keeping important issues in the public conscience.