Driving the Climate Conversation: Is Washington really the Evergreen State? 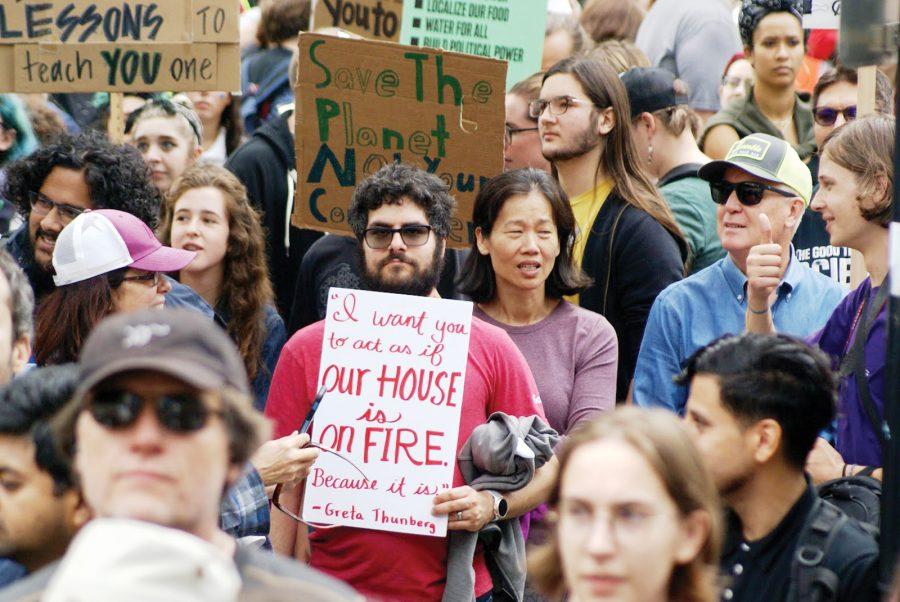 In defiance of the cloudy Seattle weather, clumps of teens huddled throughout Cal Anderson Park on Sept. 20, decorating the lawn with colorful signs filled with a variety of expletives. Kids in grades as young as elementary school bubbled with energy, while a few clipboard-wielding adults gave monologues about the housing crisis in the hope of earning a few signatures.

Tents and booths gave way to poster-making as songs echoed throughout the square. Despite many being small in stature, protesters made their message very clear through their distinct taste for meme references: save the Earth.

The actual impact of the protests, however, was not nearly as dramatic.

No climate policies have been implemented by Seattle council since Sept. 20, nor new commitments made by government officials. Not enough progress is happening on the climate change front, and citizens are starting to notice.

Half of Seattle’s carbon emissions come from passenger vehicles, with single drivers making up over 30% of that number, according to the 2016 Seattle Community Greenhouse Gas Emissions Inventory.

With that in mind, it seems logical that the government’s focus should be on creating alternatives to car travel.

Mayor Jenny Durkan was elected to the position in Sept. of 2017, and throughout her career as a politician, has relied on her transportation initiatives to rise through the polls.

But despite her dedication to improving the situation for commuters in Seattle, Durkan has made little progress when it comes to reduction of vehicular carbon emissions.

So far, Durkan has issued free ORCA cards to all students attending Seattle schools. The light-rail project is steadily gaining ground and electric buses are taking to the streets in an attempt to address the problem.

But in a rapidly growing city, advances in “green” travel technology are struggling to keep up.

According to City Hall, transportation emissions haven’t improved, which is incredibly alarming coming from a city which prides itself on being eco-friendly. While it could be argued that no increases in emissions is progress in itself, with respect to Seattle’s goal of being completely carbon neutral by 2050, the results of transport initiatives are disappointing to say the least.

In 2018, Washington State Governor Jay Inslee attempted to expand his reputation as a climate leader by advocating for a carbon tax on the state level. Even as the haze from forest fires hung oppressively over the state — at times making it dangerous to even venture outdoors — voters still rejected the proposed climate initiative.

While not earthshaking, the failure to institute a tax on carbon usage leaves consumers to self-regulate their level of consumption.

With the future in doubt, people of all ages took to the streets to call on lawmakers to take action. Photo: Zoe Plattner/The Ebbtide

It’s hard to get to SCC without driving.Bus routes including the 330 and 331 only run once per hour, meaning that a missed bus can lead to missing a class entirely. During the infamous Snowpocalypse 2019, those bus routes were some of the first to shut down completely, leaving students without the means to get to class.

It’s no wonder that the parking lots are so crowded. Taking the bus, in some cases, just isn’t feasible.

Hopefully everyone can all look forward to a future where skipping school and marching through the streets can make real change. Maybe it won’t be needed at all.

But for the moment, the best the world can do is to hope, to stay skeptical and to keep on yelling until those voices are finally heard.