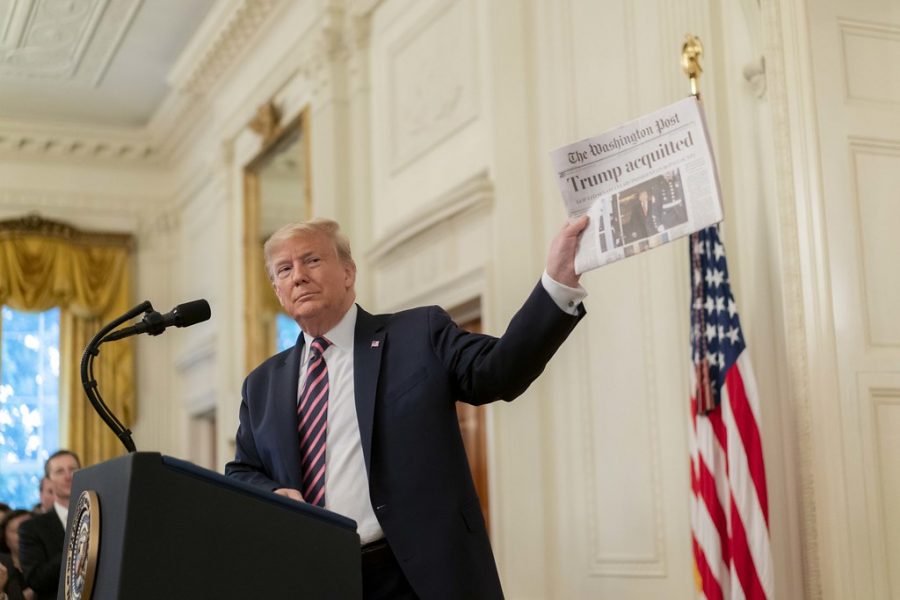 The White House via Creative Commons

A two-thirds majority vote was needed to convict Trump. Only 57 senators voted that Trump was guilty of incitement of insurrection, while the other 43 declared him not guilty.

The first day of the trial focused on whether continuing with the impeachment proceedings was constitutional given that Trump was no longer in office. The Senate voted to continue the trial.

The Senate began discussion Saturday. The vote to acquit Trump was held the same day at the end of the court meeting.

Trump is the only president in the history of the U.S. to go through impeachment proceedings twice.