The People Who Do Stuff With Your Money 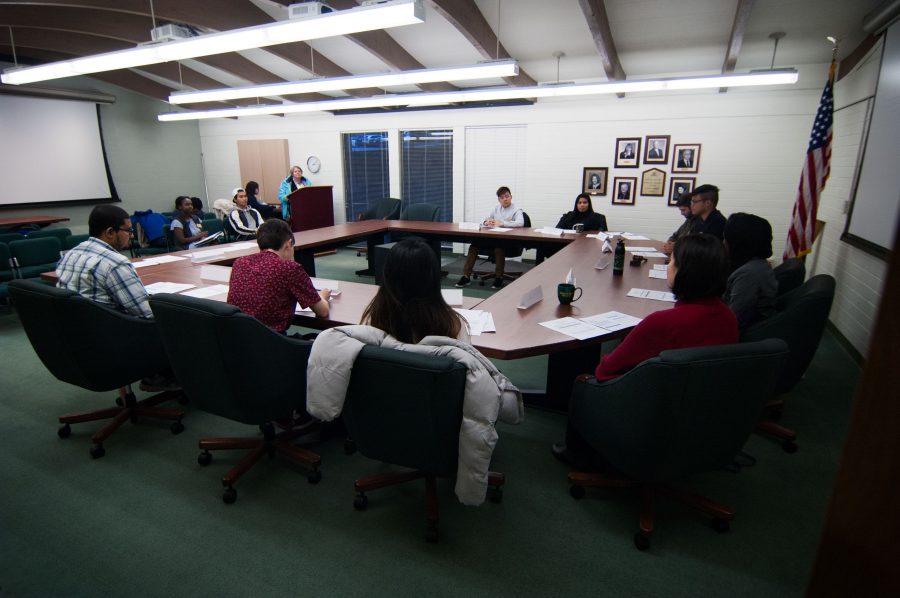 Members of the Associated Student Government (ASG) each have unique jobs pertaining to issues like social justice, technology, and sustainability. In addition to their specific roles, they allocate tens of thousands of dollars of student money through mini grants, recognize clubs and other matters.

Meetings are held at 3 p.m. every first and third Monday of the month, in the 1000 Building’s Board Room, past the art Gallery. The ASG welcomes any student make a public comment, or to listen. The ASG is also available to meet students who want to voice an issue or meet their representatives in the Student Life office on the third floor of the PUB. (It’s not a scary place. They have free tampons and condoms.) 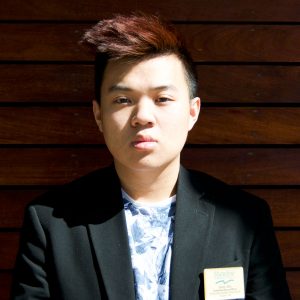 Wu describes his job as being “the bridge between the ASG and students.” He also works on the Student Life Newsletter. If students want something in the newsletter, they should contact him.

Wu recently brought his friends to hang out in the Student Life Office, and said they were scared — he thinks people could be intimidated because it’s called an office, but he wants students to know everyone is welcome.

“Anyone can come in and just hang out. We love to talk to (students).” 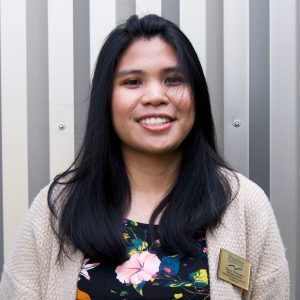 Toni Zapanta’s job is to spot red flags in mini grantrequests and to ensure the required resources are available.

Zapanta wants students to come to her for help if they need assistance filling out applications for mini grant requests.

“I hope that more students come to me … especially for anyone that has a language barrier,” she said. Zapanta also plans on changing some things about the language in mini grant applications and wants feedback from clubs as she works on making those changes. 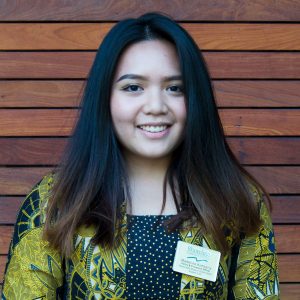 Kimberly, a former Ebbtide arts and entertainment editor, plans on revising ASG bylaws, the rules the ASG follows. Though she’s not planning on changing any policy, Kimberly wants simpler language for future officers and students to understand easily, regardless of whether English is their first language or not.

She wants club presidents to come to her if they need help writing their club bylaws. She also wants to raise awareness with students about where the food bank is (third floor of the PUB).

Kimberly believes international and domestic students don’t mix groups a lot, and it’s something she wants to change.

Her predecessor as policy and procedure officer, Nida Haque, taught her to always ask questions — as college students, now is the time for it.

“We’re basically just in the office all the time,” Kimberly said, referencing any student that needed help. 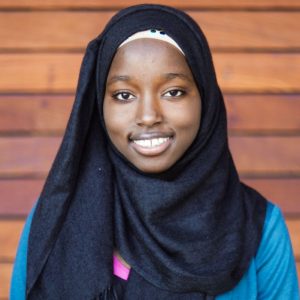 Jammeh wants to help students fill out applications to form a club and to answer questions they may have about their baseline budget. She intends to meet every club on campus.

Jammeh also assists clubs that want the school’s graphic designers to make fliers for them. Requests for this are needed two weeks in advance, and the clubs can request a maximum of 50 fliers, according to Jammeh. When evaluating a mini grant, Jammeh takes into account how it will affect students, the community and faculty members.

It’s Jammeh’s goal to make the clubs aware of each other. “Everyone is in their own little bubbles,” she said.

She wants to change that, and encourage communication between clubs.

“I’m here to represent (students), and if they have something they’re passionate about, they want other students to know about, that is something I can definitely help them with … (the ASG) is always here to help.” 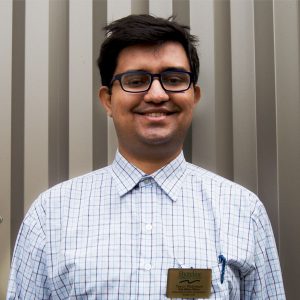 At first hired as the Budget and Finance Officer, when the previously hired tech affairs officer left the ASG, Kyaw jumped at the chance to get the job he originally had applied for.

Kyaw works with Technological Support Services (TSS) and the librarians to keep the laptops in the laptop loan program in the library up to date.

If TSS wants to make a change in what the student technology fee is spent on, they seek approval from the ASG.

During fall quarter of last year, Kyaw tried to borrow a laptop from the library, but none were available. He was helped by last year’s ASG officers and borrowed a laptop from a different loaning program.

That left an impression on Kyaw and made him want to apply for the ASG.

Kyaw intends to post the meeting times and locations, activities and contact information of every club online by the end of this year.

“Come to the office … you can easily see me.” 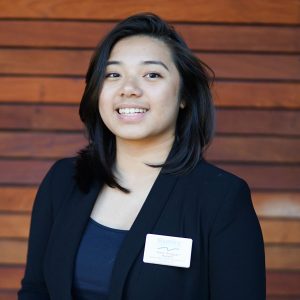 Anggari, who is studying food technology, is excited about several projects this year. She plans to add about 18 additional water bottle refilling stations and a new cell phone charging station, which will be installed for a 30-day trial in the PUB before being moved to different locations to see where it’s most useful.

Anggari also wants to expand on a project of particular interest to ladies and anyone with a period: free menstrual products.

Currently, free pads and tampons are on the PUB’s third floor and the library. By this summer, Anggari plans to have them available for free in five total locations on campus.

Her reasoning behind this is that students aren’t expected to pay for toilet paper or toilet seat covers, as they aren’t luxury items, and neither are tampons.

“I act as a bridge between the administration and students … it’s really crucial to have student input for projects.” 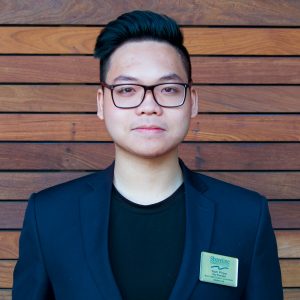 Pham is interested in getting more hours for student representatives (students who sit in on committee meetings and collaborate with the ASG on projects). He’s in charge of training them and, so far this year, there are five reps. He teaches them how to take minutes during meetings and about which administrators they can help students contact, depending on what problem they have.

The Guitar Society, founded recently by Pham, had 12 people at their last meeting. They have four guitars and are in the process of acquiring more. Pham is also part of the Engineering Society, which plans to make a submarine bot this year.

Pham believes bureaucracy is a problem. He said that the shuttle bus extension and additional water bottle refilling stations are projects from last year.

After his interview with the Ebbtide, Pham returned to add something important to him: a lot of the ASG officers are international students, like Pham himself, and compared to what they’re paying for tuition, what they’re paid as officers is almost nothing. Meaning they don’t participate in student government for money. They do it because they want to make the campus a better place.

“I want to work for (students’) interests. If they want to contact me or talk to me, don’t be intimidated.” 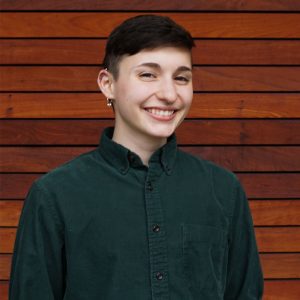 Mailman, the newest member of the ASG, is studying fine arts and psychology.

Social justice, in Mailman’s words, means “breaking down barriers to make things equitable, not just equal.” They referenced an image of three people of varying heights trying to look over a wall. A box to stand on of equal size for each of them is not an equitable solution; different needs require different solutions.

Mailman wants students to come to them if they need help with issues they don’t feel comfortable approaching school administrators about, like sexual harassment or course material issues.

They are also interested in implementing more gender neutral language at the college, including changing the Women’s Center to the Equity Center.

Though, according to SCC President Cheryl Roberts at the Fall Neighborhood Community Meeting on Nov. 13, the Women’s Center’s name was changed last winter to the Women and Gender Equity Center. According to her, she doesn’t expect the name to stick.

Mailman enjoy mediums of art like watercolor and ink drawings. They also like rock climbing and ice skating.

“We love it when you participate. Come hang out with us.” 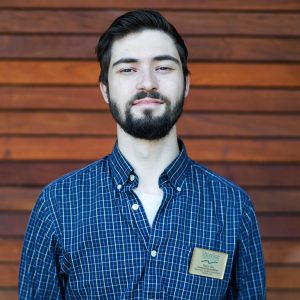 According to Sukalac, his predecessors haven’t “managed to spend their full budgets, not even close.”

He said he has a rollover account with 2 million dollars previously unspent by the ASG. Sukalac said, this money is separate from the ASG’s money for mini grants. It came from students paying the Sustainability and Computer Options Fee (SCOF) every quarter. (The SCOF budget is actually under the purview of the SCOF committee, of which Sukalac is only a single member.)

The project, a rain garden, which would house swamp-plants and reduce run-off water, is a project Sukalac is interested in.

“We have an inefficient bureaucracy,” Sukalac said. “It took us two years to get the fucking soil test just to dig a hole, pour water in it and then see how fast it drains.”

“I have to get my boss, Rezina (Habtemariam), the head of facilities, the three vice presidents of the college, and the president of the college all in a room together in the next few weeks to discuss this stuff,” Sukalac said on the subject. (Habtemariam is the director of Student Life.)

He said he’s standing on the shoulders of giants, but backpedaled. “Well,” he amended, “that’s probably being too kind to my predecessors, but a lot of them — they got a lot of projects half done. They were kind of — they pushed them to the back burner and didn’t
really follow up with them.”

Sukalac wants to bring therapy puppies for finals weeks. “I just want to be able to tell people that I did that,” he said. (In past years, therapy puppies have already appeared during pre-finals BREATHE week.)

“Other colleges can just get things done. … It’s not like this everywhere,” he said.

“Maybe it’s just that this college is 60 years old,” he added. “It’s like an overgrown forest, and no forest fire has ever come through.”

“My job is to bring (the students’) ideas to fruition as smoothly as possible. I’m like their quarterback. I run their idea home.”

Editor’s Note: A previous version of this page included a profile of an additional board member. The reference has been removed due to extenuating circumstances in an effort to minimize harm to that individual.