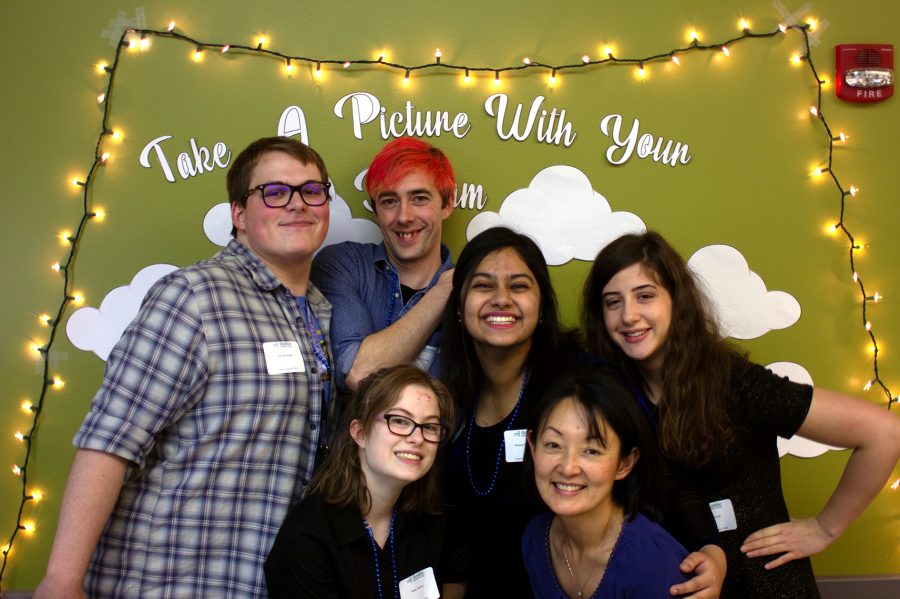 Update: Kosin’s position is no longer slated to be cut, according to the final budget recommendation presented by the college. Read more here.

Brendan Bueler’s time at SCC would have been radically different if not for the Honors College (HC).

“During my first quarter here I was miserable. I had never felt so alone,” he said. “At the end of the quarter I got an email from [HC Director Mari Kosin] introducing me to the Honors College. I immediately sent her my application.”

Bueler is now the Vice President of the HC, and believes his involvement in the program has improved his experience at SCC.

But last month, Bueler and other HC students learned that the HC Director position is slated to be eliminated.

The change is expected to be presented to the Board of Trustees in March as a part of SCC’s final budget reduction proposal.

“I want to honor the conversations we’re having to discuss alternatives and options” in all areas of reduction as SCC prepares its final recommendations, she said.

Mari Kosin has held the HC director position for the last four years. She is responsible for outreach efforts, recruiting and organizing honors classes.

Despite the administration recommending to cut her position, Kosin says she remains optimistic they are working toward a resolution that will “listen to student and faculty voices.”

One silver lining she sees is that the HC students have gotten to practice their advocacy skills while trying to convince administration to find another solution.

Kosin is the “first point of contact” that prospective students have with the HC program, and remains a fixture throughout the duration of the program.

Currently, 48 SCC students are enrolled in the program, which offers specialized classes, according to Kosin. Honors students can gather in the Honors Lounge, a room for Honors students to hang out or study, located in the bottom floor of the library.

Terry Taylor, Brooke Zimmers and four other faculty members launched the HC in 2006 as a way for students to do research in their preferred fields and to offer a sense of community to its students. Zimmers and Taylor are the only founders still employed at SCC.

If Kosin’s position is eliminated, her duties would fall on members of the HC faculty, according to Taylor.

HC Student Council President Travis Tribble and Taylor argue that Kosin’s position is remunerated directly by a nearly $600 fee that every Honors student pays on top of tuition each quarter.

(Travis Tribble is a staff writer for The Ebbtide. He was interviewed for this story due to his status in the Honors College but did not contribute reporting.)

That fee is collected in a special budget fund that, among other HC expenses, pays Kosin’s salary, according to Interim Chief Financial Officer Bill Saraceno.

According to program review documents, the HC pulled in roughly $66,000 in student fees last year, but spent about $76,000 from the fund in which they are collected. The program also collected $39,000 in tuition, while spending $36,000 from a separate instructional fund.

Factoring in other costs, the program ran a total of $21,000 over revenue, according to the documents. It was not immediately clear if student fees could be used to pay for HC instruction costs, should the director position be eliminated.

In Tribble’s opinion, the total tuition paid by honors students should be considered when making cuts rather than focusing exclusively on tuition and fees paid for being a part of the honors program. He believes many honors students would not be at SCC if it were not for the program.

In 2019, honors students paid an estimated total of $345,000 in tuition, according to an estimate Tribble received from SCC’s department of institutional assessment.

The proposed elimination comes as SCC plans to make college-wide reductions in order to close a $2.4 million revenue deficit.

Kosin is the first staff member to publicly disclose that her job is among those expected to be eliminated. Her position falls under the administrative classification.

The college will also cut one faculty member in the engineering department, but plans to hire three new instructors in unspecified areas.

Aside from faculty and staff, SCC plans to trim a total of roughly $900,000 from goods and services, utilities, stipends and travel, with plans for approximately $200,000 in new funding next year.

The shortfall is a result of continued enrollment decline at SCC. The college’s enrollment decreased by 2% in the past three quarters.

SCC’s reduction proposal is scheduled for a final up/down vote at a March 18 Board of Trustees meeting.

Correction: An earlier version of this story said that Terry Taylor and Brook Zimmers were the only founders of the Honors College at SCC. In fact, there were four other founders, though none of them are current employees. We apologize for the error.