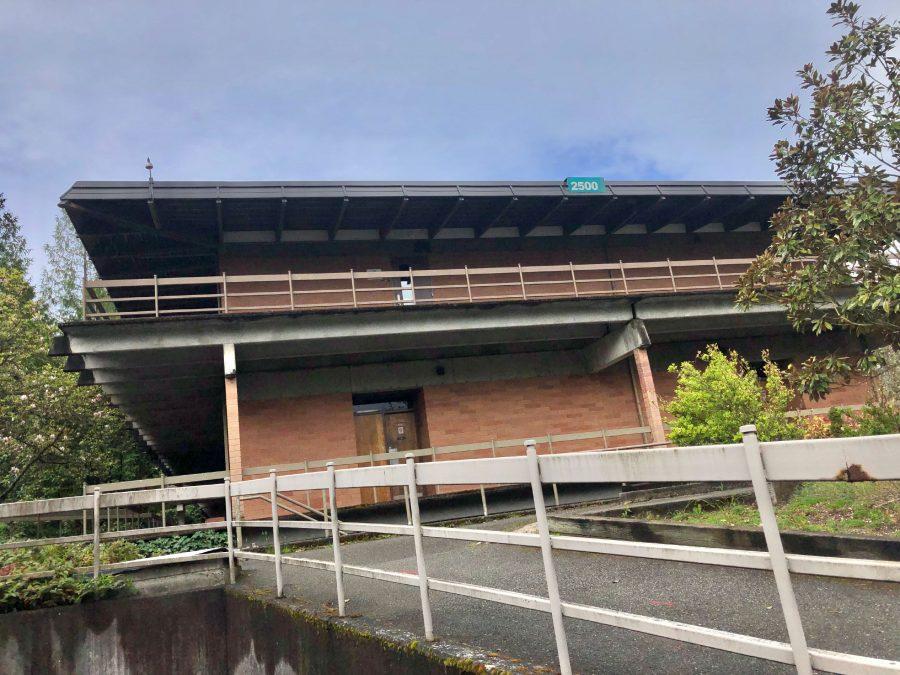 A brand new project will unite SCC’s STEM programs with innovation and improvement.

The Allied Health, Science & Advanced Manufacturing Complex, which will replace the current 2500 Building and possibly the first floor of the PUB, is set to begin construction this summer.

The three-story complex will be built in place of the 2500 Building, which currently houses Advanced Manufacturing and the Dental Hygiene program.

Entire floors will be devoted to biology, chemistry and the medical lab technician program, with its bottom floor dedicated to advanced manufacturing and bio manufacturing.

Three buildings will be demolished in order to complete the project: 2600, which presently contains biology classrooms and the Medical Laboratory Technology program; 2700, which holds chemistry labs and other classrooms; and 2800, where STEM faculty offices are located. The buildings will remain in use while 2500 gets replaced.

A small park, complete with a relocated pond and greenhouse, will stand in their place.

Jason Francois, SCC’s Director of Facilities and Capital Projects, explained that the project had already been accepted by the state of Washington when he started working at SCC in Jan. 2016. “Early pre-design work was done in the fall of 2015,” he said.

Francois explained that the current plan is to start demolition on the 2500 Building in December 2019.

The Dental Hygiene program will not be located in the new complex, but in place of the PUB’s first floor, which currently holds the bookstore. Guy Hamilton, SCC’s Dean of STEM and Workforce, attributes this decision to budget constraints.

Because the original state budget for the project was determined a number of years ago, Hamilton explained that the rate of inflation has gone up, making cost of construction — due to the construction boom in the Puget Sound area — greater than the amount of money allocated by the state of Washington.

“There’s less money to build the building, so we have less space now.” Hamilton said, stating that Washington has not increased the amount of dollars to meet the cost of construction in the Puget Sound. “The dental hygiene clinic had to move its location to the PUB because we ran out of physical space for that program.”

As for where the PUB’s current occupants will be relocated, Francois explained that SCC is currently working with various programs and space users to determine the situation. “As of today, nothing has been decided,” he said.

Keith Smith, Manufacturing Technologies Instructor at SCC, pointed out the increased visibility that Dental Hygiene will receive upon its move to the front of the campus. “Right now, many students don’t even know that we have a dental program,” he said.

In an email dated April 18, 2019, SCC President Cheryl Roberts said that construction plans surrounding the use of the PUB were subject to change.

Hamilton pointed out that SCC’s current labs were built in 1964. “These are all very old buildings,” he said, “and the technology has increased so greatly that they’re tremendously out of date in terms of what our student experience is in those facilities.”

It is also a question of keeping up with neighboring schools: Community colleges like North Seattle and Edmonds already have new STEM-centric buildings which play a crucial role for prospective students who are in the process of selecting colleges.

Most of all, it is important that students are given a taste of real-life protocol they will encounter throughout their careers.

“We look at things that we can do in there so students (can) replicate some of the experiences they will have when they go out into the workplace or go on to their transfer schools,” Hamilton said.

SCC’s staff has a positive outlook about the forthcoming complex.

“I’m excited,” Francois said, citing the project as the specific reason he was recruited three years ago.

“It’s our first chance in 20 years to make a major, positive contribution to the campus’s physical environment,” he said, pointing out the tremendous shift in the quality of technology education that has taken place in the past two decades. “We have a chance to set a high new standard.”

Smith is optimistic for the end result. “Our current building is 50 years old and it looks it,” he said. “The building will better reflect the current state of manufacturing in the US.”

Hamilton holds a similar view, explaining that students are used to modern facilities. “It’s a credit to our instructors that we’re able to deliver such fantastic education here given the limitations in some of our classrooms,” he said.

But those limitations may soon change.

“In the end,” Hamilton said, “having those modern facilities is what students need to prepare themselves for the modern workplace that they’re going to compete for jobs in.”