Out With the Old, Here With the Two 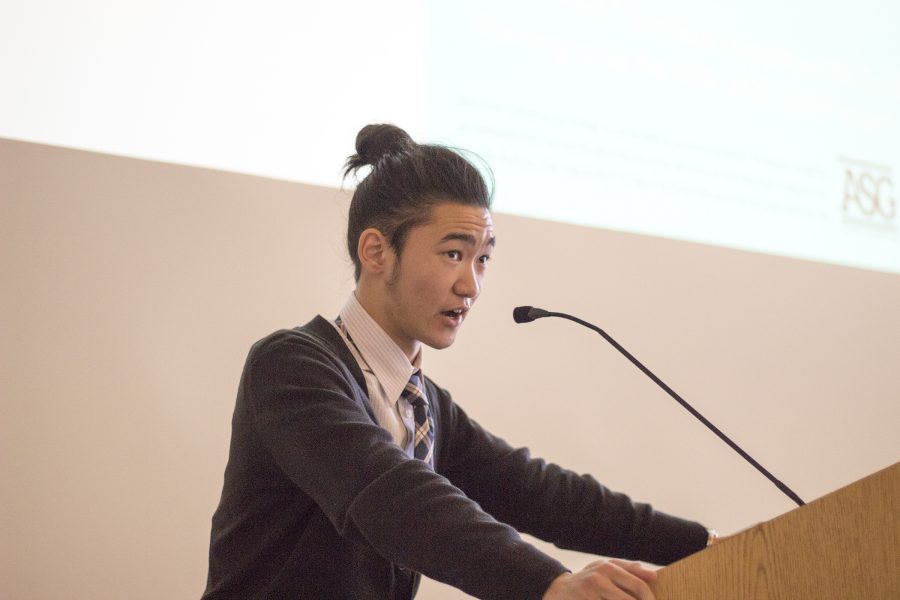 STUDENTS, MAKE THE BEST CHOICE FOR YOU

The race for student body president is in the final stretch.

Associated Student Government (ASG) held an open forum on April 30, as Isaac Tchao and Seth Zeldenrust each explained what they would bring to the ASG presidency in the 2019-20 school year.

Tchao is a computer science major that has served the past year as the tech affairs officer on ASG. His platform focused on improving the channels of communication from the ASG to the student body.

Tchao is working on creating an E-Learning Student Life classroom that would be available to students through Canvas.

He stressed multiple times that there are resources available on campus that many students who might appreciate them don’t even know they exist. He says he wants to improve communication from the ASG to the student body.

Programs that Tchao pointed to as being available, but not well-publicized, included the mental health services offered by the Counseling Center as well as the Benefits Hub, which provides students with information on scholarships, financial aid, and other money-saving opportunities while also housing a food pantry.

Zeldenrust is a communications major who has attended SCC for two years. His speech centered around the idea of listening: both as students to each other and as the potential ASG president to the student body.

He even went as far as complimenting his opponent to make that point, mentioning that Tchao came up to him after a meeting and casually started a discussion about their potential ideas. He said that more of those conversations are what society needs to get stronger.

Zeldenrust mentioned that while he was attending Cascadia College there would regularly be a pair of food trucks on campus which varied each day — he wants to bring that concept to SCC.

Pressed by the audience on the issue of what can be done to help prevent school shootings, Zeldenrust steered back to his idea of listening, pointing out that the vast majority of shooters are shunned by their peers. By making sure that everyone has a chance to make their voice heard he believes much of the violence can be prevented.

One student asked Zeldenrust directly which groups he thought were being constantly belittled and silenced.

“The main group that I can think of is the conservative right,” he said. “They have routinely — especially on college campuses — been belittled and even been attacked.” He added that the same thing has happened to the fringe left as well.

Voting is currently open and runs through Friday, May 10. Students can vote using their Student ID number and PIN at multiple polling stations around campus or online at shoreline.edu/studentelections.