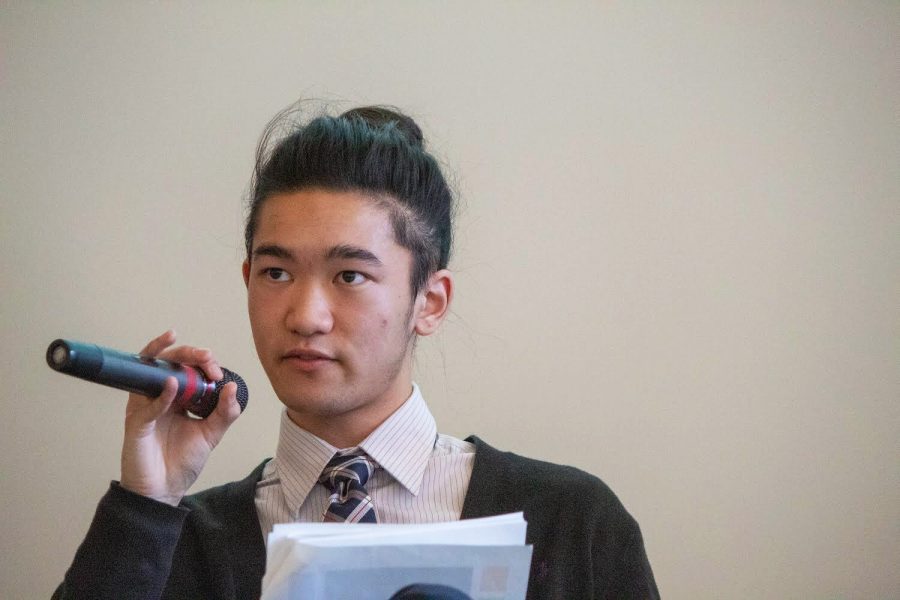 SCC’s current budget predicament has pushed the administration to attempt to improve communication with the staff and faculty. Students, however, are still mostly in the dark regarding SCC’s finances.

Isaac Tchao, the new Associated Student Government (ASG) president, has based his campaign around the issue of improving communication channels between ASG and the student body and getting the latter to be more engaged and invested in their education.

Tchao says he feels motivated by the budget crisis conversation. He sees himself getting students more engaged and getting them involved in making the most of the resources available to them.

“I think it’s very disempowering when students hear about these issues and they don’t know where to look in order to solve them,” Tchao says. His pet project, the E-Learning Student Life classroom (which would be available to all students on Canvas) could be one of the ways to get students more involved in the college’s finances and where their money is going, he says.

However, Tchao says that the budget discussion is a difficult subject to talk about, since “(The student body) doesn’t know all the details.”

According to Tchao, he stumbled into the recent budget meeting in the PUB purely because he saw a large gathering of people and wanted to find out what was going on.

One such testimony came from Jana Norton, who works at the Writing and Learning Center. “Hearing her express concern was rough,” Tchao said. “I truly think the staff and the faculty are doing an amazing job.”

“All my experiences with faculty and staff here are amazing.”

Tchao says that the current budget issue SCC is facing “highlights the underlying problem” of underfunding higher education. “If students get the information about what’s going on and decide that they want to do something, then I want to able to provide the platform for them to raise their voices,” Tchao says.

According to Tchao, the budget cuts will not just affect faculty and staff. “For example, I was part of DECA this year, and we were fortunate enough to have our plane tickets covered. That, most likely, won’t be the case for next year.”

Moreover, Tchao says, communication between the administration and other groups at the college (faculty, staff and students) is already “iffy.”

He says his E-Learning Student Life classroom would help improve communication for students, as it would advertise major and minor events and highlight resources to acquire information from the college.

Tchao may set the trend for further student involvement, not only in on-campus organizations and issues, but beyond SCC. With a new ASG president, the future is especially hard to predict; but a lot can happen with a dedicated student government.