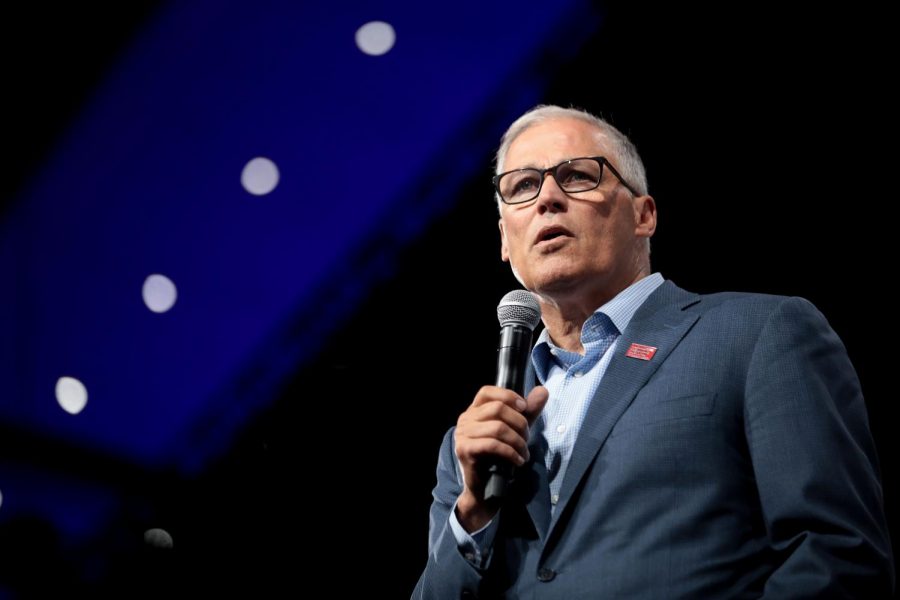 Jay Inslee will serve a third term as governor of Washington state, breaking a tradition in the state of two-term governors. He took 57% of the vote to Republican Loren Culp’s 43%.

The campaign largely focused on differences of approach to the COVID-19 pandemic. Inslee has taken a public-health based approach, in March shutting down businesses and issuing a stay at home order. As the police chief in the city of Republic, Culp had refused to enforce Inslee’s orders, and advocated repealing them if he were elected.

Culp has thus far refused to concede the election, citing ballots yet to be counted. However, it will be impossible for him to catch up to Inslee’s vote total, given the number of uncounted ballots.

Further down the ballot, Denny Heck will serve as lieutenant governor, leading fellow Democrat Marko Liias by a 12 percentage point margin. Another 22% of voters opted to write in a candidate instead of choosing between the two, as Republican Joshua Freed mounted a write-in campaign.

Democrat Bob Furguson will serve another term as state attorney general, with 57% of the vote to Republican challenger Matt Larkin’s 43%. Furguson led a series of high-profile lawsuits against the Trump administration and recently represented the governor in a case that overturned 2018’s initiative lowering car tab taxes.

Republican Kim Wyman has been reelected as Washington’s secretary of state by a 7 percentage point margin. She is the lone Republican to win a statewide executive office. As Trump mounted attacks on mail-in voting ahead of the election, she publicly defended the practice.

K-12 schools in the state will be mandated to teach age-appropriate sex education, as a referendum to repeal a legislation mandating the practice failed. The newly reelected superintendent of public instruction, Chris Reydal, supported the legislation. He defeated challenger Maia Espinoza, an opponent of the sex ed law, by a 10 percentage point margin.

In the state’s 32nd legislative district, which represents Shoreline, Democrats Sharon Tomiko Santos and Kirsten Harris-Talley will go on to the state House. Both were running against fellow Democrats.