IS ASG ANSWERING THE CALL?

SCC has a number of resources available for students, but some on-campus assets aren’t always working, leaving all of us at a significant disadvantage. 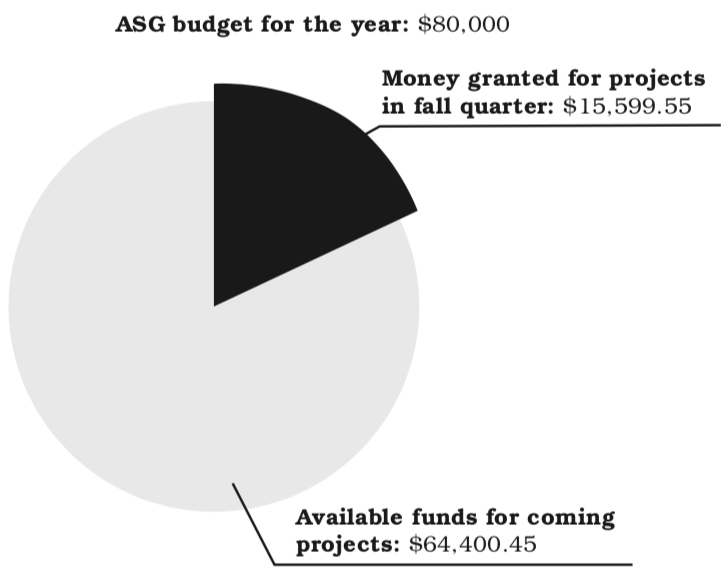 Denish Oleke, Associated Student Government (ASG) president, promised several courses of action in the spring election campaign. Oleke had addressed the problems of the broken outlets in the library, the defeated microwaves and the ancient bike racks.

According to Oleke, some of these problems are now fixed; but those that are not will be fixed by the end of the year.

“I can tell you that by the end of these five months, whatever … we had on our list for this particular year will be marked complete,” Oleke said.

These issues and more were addressed by Oleke during his election campaign last spring quarter. Some of his propositions to the student body focused on fixing broken tech such as outlets, microwaves and computers.

He also mentioned fixing transportation problems such as better bike racks and the expansion of parking in the Sears parking lot.

In collaboration with ASG Tech Affairs Officer Isaac Tchao, Oleke has been able to accomplish his promise of fixing all the broken outlets and computer screens in the library and replacing all the broken microwaves in the PUB within the fall quarter of this year.

Furthermore, a proposal to install a new bike rack in front of the PUB has already been written and pushed through the ranks.

When asked about what it takes to stay on track with his proposals, Oleke said it all comes down to teamwork.

“The great thing is, that if you have a team which co-operates, you achieve whatever you want to achieve,” he said.

The Student Life team seems to be coordinating to accomplish as many tasks for the benefit of students as they can. Change doesn’t come without its challenges, and one of the larger obstacles on the road to completing these projects was the change in directors.

Since the previous director of student leadership resigned at the end of fall quarter, all the responsibilities of overseeing proposals have shifted to Sundi Musnicki, the new Student and Residential Life director.

Despite the shift in management, Oleke seems confident that the ASG is on track with budget and project timing so that the Student Life team can resume its hard work to complete all proposed projects.

“They are a great team because they do the right thing, they know what to do, and they do what’s expected of them,” Oleke said.

Oleke hopes to make these proposals a reality for SCC students. Here are a few of the ASG projects to look out for by the end of the year:

The plan is to install an all-gender restroom on the main floor of the PUB in order to increase visibility and provide better accessibility to the differently abled. One of the primary things needed to help push this project beyond just a proposal is to have students voice their opinions to the administration.

Although there are three locations on campus with free menstrual hygiene products and as it stands, they are only located in women’s restrooms. The idea is to expand those products to more restrooms, including some of the all-gender restrooms.

This project would increase the amount of times that shuttles would be available to take students to and from the Sears parking lot.

The ASG is currently working with King County to get ORCA cards with an unlimited balance for students who commute by bus.

Brian Tansil, the ASG’s Sustainability Officer, has been working on a rain garden that will soak up the runoff rain from the campus parking lot to filter out any toxins that would otherwise make their way into the Puget Sound. The construction has already begun in front of the 1500 Building.