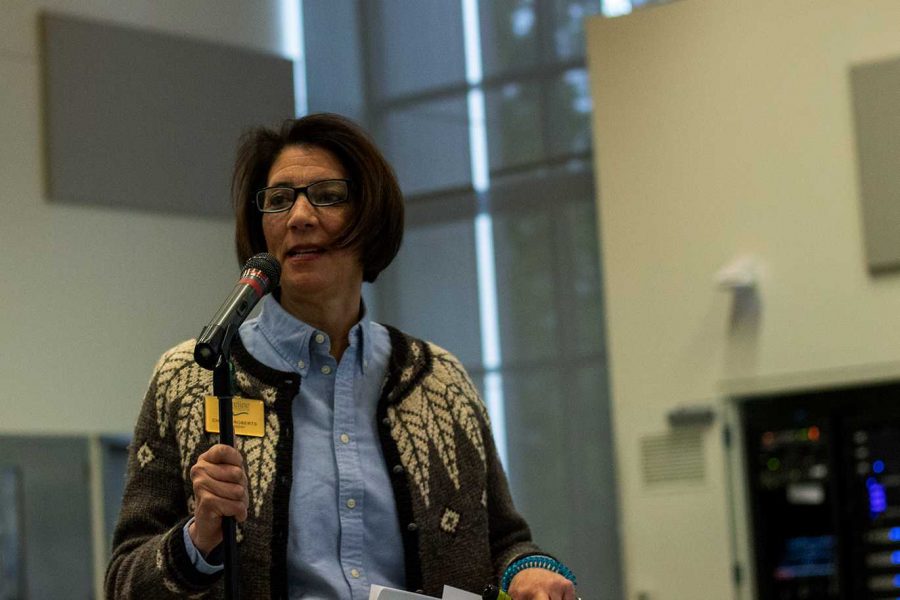 Joshua Groom, Special to The Ebbtide

SCC President Cheryl Roberts will step down from her position on June 30, 2022, she announced in a Feb. 1 email to college faculty. The move comes as the SCC faculty senate readies a Feb. 10 vote of no confidence against the embattled college president, according to a separate faculty email.

“Serving as a college president for over thirteen years has been the most enriching and inspiring experience of my career,” Roberts said in her announcement. “It has allowed me to interact with students, faculty, staff, administrators, and community leaders and learn how our community colleges make a difference to each individual we serve.”

A draft of the no-confidence resolution, obtained by The Ebbtide, charged Roberts with an “inability to perform essential administrative and fiscal duties as outlined in her contract,” before delving into more specific issues such as bad faith bargaining and lax fiscal oversight of the college. You can read the full resolution here.

The faculty senate had been in conversations about the resolution since spring 2019. On Jan. 8, it passed a resolution to form a subcommittee to investigate the prospect of a no-confidence vote, according to a Jan. 29 email to SCC employees from faculty senate President Thomas Genest. This resolution is the result of that investigation.

Roberts’ tenure over the college was characterized by financial decline and animosity between administrators and faculty, The Ebbtide previously reported. SCC has seen decreasing revenues since she took control in 2014 and has operated at a deficit since 2015.

Over the past two years, the college has enacted three rounds of layoffs, with the latest round beginning the phaseout of two departments. A number of full-time faculty positions were cut during this round, four of which were vacant, according to SCC Public Information Officer Martha Lynn. Lynn reported cuts to 12 full-time faculty positions, while Genest stated that 13 positions were reduced instead.

In a March 22 email to Genest, SCC Human Resources Executive Director Veronica Zura attributed the data discrepancy to financial projections, reporting that the former statistic came from “a Fall 2020 budget update presentation” while the latter represents the actual number of positions reduced.

SCC board of trustees Chair Catherine D’Ambrosio thanked Roberts for her commitment to the college and her advance notice of retirement in an email sent to SCC faculty and staff on Feb. 4.

“Finding a replacement to fill her shoes will be a sufficiently daunting task,” D’Ambrosio wrote. “We are therefore all the more deeply appreciative of the ample notice President Roberts has provided us.”

We apologize for the errors.