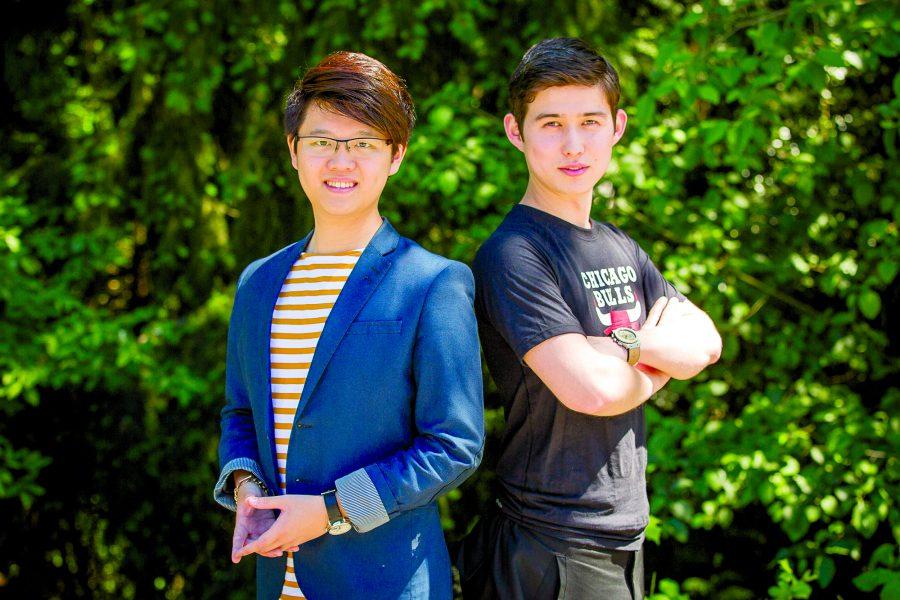 The 2016 Associated Student Government (ASG) election results are in. Winston Lee has been elected ASG President and “Ed” Dilimulati has been elected Club Affairs Officer.
With a total of 470 student votes, 343 students voted for Lee with 102 abstaining. 286 students voted for Dilimulati, 118 for “Bruce” Ji, and 56 for Yuron Anggara. There are currently 6115 students enrolled at SCC spring quarter.
The application process for the elections took place during the first two weeks of Spring quarter. Students who applied for the two open positions were required to collect 50 signatures for eligibility and were also required to attend an open forum discussion in which they were asked questions regarding job duties. The new ASG President’s job will be to serve as a liaison between the college administration, the Board of Trustees and the new Club Affairs Officer will be responsible for maintaining and expanding club activity on campus.
“The (election) week was the longest week of my life,” said Dilimulati. “I was really surprised on Friday morning when I heard the results.”
Dilimulati said he has many plans for next year but that raising the attendance of SCC’s clubs will be his priority.
“Based on the improvement that Winston has done since last year, we have seen our club numbers increase dramatically,” says Dilimulati. “As a Club Affairs Officer I will work to increase the club numbers even further…”
Winston Lee also has many plans for next year such as combining the Public Speaking Center with the Tutoring Center, increasing incentives for volunteers and pushing for an affordable dormitory policy for low income students. Lee says that while he was campaigning, he encountered students that expressed interest in a variety of these campus initiatives.
“Some were really interested in dormitories,” says Lee. “Some were interested in the parking lot situation. Others were really interested in the front desk in the PUB. There were a lot of general inquiries.”
Candy Lang, a second year SCC student from China who voted for Winston, says that she herself would consider living in campus housing if it was made affordable.
“I would like to see more activities on campus though,” says Lang. “I think that (as an international student) I would meet more domestic students this way.
Phat Luu, another second year student from Vietnam, said that he would also consider living on campus. He admitted not knowing that the ASG elections took place.