How SCC adapted to a new kind of learning 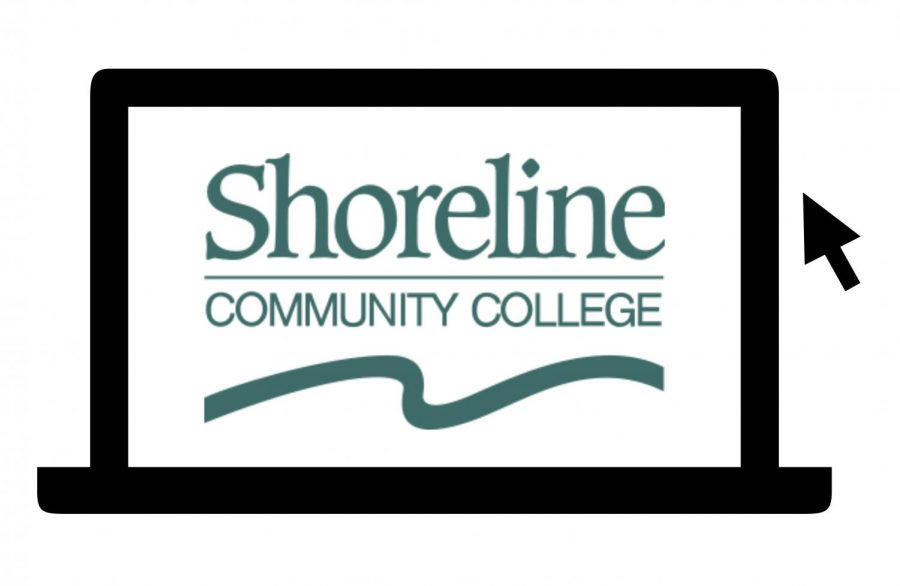 It’s been almost a year since the outbreak of COVID-19 in Washington state forced schools to begin operating remotely in March 2020. Since then, SCC students and faculty alike have had to adapt to the setbacks that come with a drastically altered academic environment.

The following students and staff members of the SCC community shared their stories of adjusting to online learning — as well as a few tips for success.

“Canvas is always opened in a tab on my computer and I make sure to check each class page individually just to make sure I’m not missing anything.”
— Jacob Mina, SCC general transfer student

Jacob Mina is in his third year at SCC with plans to obtain a general transfer degree and writing certificate.

While Mina appreciates the flexible pace that online courses offer, he noted that the lack of face-to-face interaction can pose difficulties, especially when it comes to his job at SCC’s Multicultural Center.

“It took us a long time to adjust to the change since we are so used to having a space on campus to work,” he said.

Still, Mina emphasized that he places importance on continuing his education amid the isolated conditions. “I still long for in-person classes to make a return, but at the same time I knew I didn’t want to take a gap quarter while waiting for the pandemic to die down.”

For Mina, the most challenging aspect of the COVID-19 pandemic was how quickly everything initially unfolded.

“The whole world was caught off guard — which included our campus — and we had to scramble to adjust,” he said. “Now that we have adjusted, it’s a bit easier; but still, in the back of my mind I wish that things were different this year.”

In the meantime, Mina has found a way to increase productivity.

“I have made sure to stay on top of my classes,” he said. “Canvas is always opened in a tab on my computer and I make sure to check each class page individually just to make sure I’m not missing anything.”

Mina recommends devoting the same amount of time and effort to online classes as one would with regular courses. “I know it sucks not being in person, but honestly, we have no choice,” he said.

“Transitioning your brain from ‘I’m in my bedroom to sleep or play video games’ to ‘I’m here to get an education’ — it is actually quite a hard transition.”
— Shaun Warner, SCC head women’s soccer coach

Shaun Warner has served as SCC’s head women’s soccer coach for three years.
Since March, the team’s activities have been severely restricted due to the college’s ban on both outdoor field usage and live virtual workouts.

“For safety reasons, if I was doing the Zoom call and one of the players got injured, I could not help the player — so they stopped allowing that,” Warner said.

To keep the players engaged, Warner has them participate in weekly half-hour discussions on topics such as leadership, dealing with COVID-19 and maintaining a healthy lifestyle. On Fridays, Warner individually calls each student to check in on their mental health and to ensure they’re getting all the help they need with classes.

While some team members have adapted well to online learning, Warner said a number of them have faced hardships.

One student, he explained, didn’t have access to a laptop and was forced to complete every assignment on their phone. “They put a request in to the school for a laptop midway through the quarter and by the time it got processed, the quarter was already over.”

Warner said that isolation has proved “mentally draining” for the team.

“There’s a bunch of 19-year-olds being told ‘you can’t see anybody,’” Warner said. “You can’t live a normal college life.”

Warner has seen drastic changes in the personalities of his players over the past few months. Beyond that, Warner noted that students have a new kind of freedom now: they no longer need to be somewhere at a certain time.

“Transitioning your brain from ‘I’m in my bedroom to sleep or play video games’ to ‘I’m here to get an education’ — it is actually quite a hard transition,” he said.

As far as advice goes, Warner’s is simple: “It doesn’t matter if you’re an athlete or not — make sure you’re getting out and getting some exercise. Try to get fresh air as much as possible, too,” he said. “Have hope that we’re going to get through this.”

To stay active at home, Warner recommends utilizing the Intramurals & Wellness page of the SCC website, noting that his favorite activity is yoga.

“We have more access to help, other people and resources than what we imagine.”
— Laura Simbulan, SCC pre-nursing major

Pre-nursing major Laura Simbulan is in her second quarter at SCC.

“I love the self-paced nature of online classes,” Simbulan said. “The flexibility and independence of online studying really works for me.”

However, Simbulan said one inconvenience can be the lack of available Wi-Fi. “With my children also doing online school, our internet connection can get overloaded.”

Although the Wi-Fi situation may be out of her control, Simbulan has taken every step possible to help ensure her success as a student. She not only spends time each week organizing her deadlines and workload, but also attends study groups with her fellow students in classes where collaboration and peer review can prove extremely valuable.

Simbulan encourages everyone to be focused, self-motivated and creative with what they have. “We have more access to help, other people and resources than what we imagine,” she said.

“they have new protocols to follow such as cleaning up before and after working on vehicles”.
— Jeff Cromwell, SCC T-TEN Toyota/ automotive instructor

Jeff Cromwell is a Toyota technician who has served as an automotive instructor at SCC for six years. Unlike other departments at SCC, the automotive program has resumed in-person operations.

Because of this, Cromwell said the most difficult aspect is enforcing time management as the flexibility of online courses doesn’t apply when students must physically work in the shop.

Along with adhering to safety guidelines like wearing masks and social distancing, he says, his students, “they have new protocols to follow such as cleaning up before and after working on vehicles”.

Because they don’t experience the traditional difficulties that would come with completing the course online, Cromwell said his students’ biggest hurdle in dealing with the COVID-19 pandemic is “whatever is happening outside of school.”

For the most part, Cromwell said all of his students are doing well. To help ensure their success, he reaches out to them regularly to discuss any issues they may be having, saying “communication is the key.”

“In Indiana,” he said, “they allow in-person classes and the classes are smaller there.”
— Keywan Shoolian, SCC transfer engineering student

Originally from Germany, Keywan Shoolian is a transfer engineering student at SCC. However, he has recently decided to attend an out-of-state university due to his distaste for online courses — which have taken him a quarter and a half to adjust to.

While he’s excelling in his classes, Shoolian still suffers from the lack of social interaction. “In Indiana,” he said, “they allow in-person classes and the classes are smaller there.”

Shoolian explained that he and his two roommates, who reside in SCC’s dorms, aren’t concerned about transferring COVID-19 to one another because they stick together and don’t know many locals.

According to Shoolian, the three have formed a “brotherly bond.” He encourages others to stay positive, take walks and keep in touch with friends.

“It is easy to feel isolated in your struggle. Remember that there are many students around the world also experiencing similar struggles of figuring out learning during this pandemic.”
— Timi Sanyaolu, SCC electrical engineering student

Timi Sanyaolu is an electrical engineering student in his first year at SCC. In the fall, he returned to the U.S. to live with relatives where he looks after his much younger second cousins.

Sanyaolu navigates his online classes by developing a routine.

“I try to have a rhythm for the week,” he said. “On Monday I focus on a certain class, Tuesday another class and so on.” However, Sanyaolu prefers in-person learning due to the increased structure and fewer opportunities for procrastination.

“Most of my teachers act as more of a guide — you go through the material on your own, then ask questions as they arise,” he said. “So there is more self-teaching involved.”

Sanyaolu also utilizes his instructors’ office hours for help with the learning material. “It is easy to forget about them,” he said, “but your professor can help to clear up misunderstanding or guide you on the path you should be following.”

“I also try to attend synchronous lectures for my math classes, for example. They allow me to ask questions on the spot and benefit from the questions other students ask,” Sanyaolu added.

While work commitments and familial distractions may pose difficulties, Sanyaolu has learned to adapt. After all, he pointed out, there’s no telling when in-person education will resume.

“It is easy to feel isolated in your struggle,” he said. “Remember that there are many students around the world also experiencing similar struggles of figuring out learning during this pandemic.”