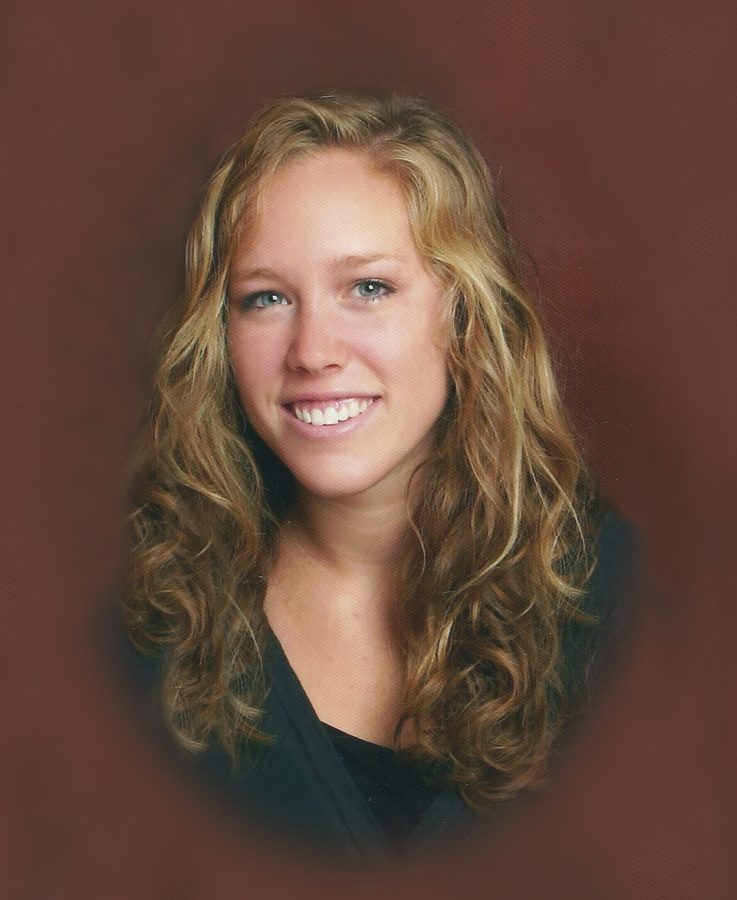 “And I thought I’d let you know what a hugely positive influence you were on me.”

“I am knee-deep in three different Google Docs right now that I’ve made. You made me such a better student just by being around. I really appreciate it.”

These messages were sent by SCC student Michaela Parry to her friend Chelsea on April 5. As Parry looked through the messages, she said she felt odd about the little “unread” icons next to them.

She had no idea her friend had died the day before the messages were sent until being told five days later.

Chelsea Brianne Snyder, an SCC nursing student, who was born on June 9, 1988, and raised in Shoreline, died unexpectedly on April 4.

On April 21, two fellowship halls at Calvin Presbyterian Church were all packed with more than 200 people who knew Snyder.

A eulogy was prepared by her father. A poem she wrote during high school, titled “Leave a Legacy” was read out. Attendees shared their stories of Snyder and celebrated her life together by singing songs like “Amazing Grace.” Over 20 letters written by Snyder’s friends, as well as pictures of them together, were pasted on the wall of the fellowship room.

SCC biology faculty Adria Magrath didn’t hear of Snyder’s death until a week after she died. She said, for her, Snyder had been a gift in her life since last year when Snyder took Human Anatomy & Physiology (A&P) I and II with her.

According to Magrath, Snyder was always an organizer in her class. She established a Facebook group for the class called “Cool A&P kids only™” to share videos and resources. She often brought pastries from her workplace as breakfast for her classmates.

“She was helping other students, so she was also a big present for (them),” Magrath said.

She said she initially thought Snyder was younger, maybe even a Running Start student, since she asked a number of questions.

Despite the difficulty of the courses, Snyder excelled in Magrath’s A&P classes, according to Magrath, with Snyder often spending twice the required time in the lab.

“Some people, when you are with them, you feel like ‘we are here in this present moment and the only thing that matters is us,’” Magrath said. “Chelsea is this kind of person, she is always present when she is with you.”

After Snyder completed Magrath’s two classes, she went to Magrath’s farm on Vashon Island because Snyder loved the class so much that she wanted to thank Magrath personally, Magrath said.

In class, Magrath had taught Snyder about how the human heart functions, and Snyder took those lessons in stride when showing her appreciation for her instructor.

“She presented me with a silver necklace with a cast of Purkinje fiber,” Magrath said, pulling out the necklace from under her shirt. Purkinje fiber is what allows the heart to beat, according to Magrath.

“We focus on the brightness she brought into the world,” Magrath said. “And we can each take away from this that is meaningful for us.”

Parry, who took two classes of A&P with Snyder, said she is still messaging her everyday on Facebook to gossip.

Parry said Snyder was very humanizing and that she understood “everyone has their own life, own story, something going on in their lives.”

Parry said she used to take handwritten notes and spread them all over her desk while she was studying. But one day when Parry was stressed out about class and scribbling on her paper, Snyder walked over and said, “I know you, that doesn’t work for you!”

Snyder walked Parry to her lab bench and showed Parry how her Google Docs were set up. She shared her notes on Google Docs and let her study from them and add things.

Snyder was telling her, “I really want you to succeed,” Parry said.

She said Snyder was a very inclusive person who always got people to come together by asking the class out to eat and party.

According to Parry, a few minutes before one of the tests, Snyder made the whole class of 18 people go out to the pond beside the classroom to relax by doing yoga. Snyder, who was wearing bright leggings and cowboy boots, was doing poses in a funny way, which made everyone relax in the last few minutes.

Parry said Snyder made her more actively aware of how to treat people both inside and outside her clique. Snyder hated the Seattle cliche of not expanding your social group, Parry said.

Parry and her classmates will be having a party for Snyder’s 30th birthday on June 9 at North Star Diner & Shanghai Room, a karaoke bar where they used to hang out with Snyder.

Besides her mother, Cindy Snyder, and her father, Arden Snyder, Chelsea Snyder is survived by aunts, uncles and cousins.

A scholarship fund has been set up in Snyder’s name at Whitworth University: http://connect.whitworth.edu/ChelseaSnyder.