From Libya to Liberation 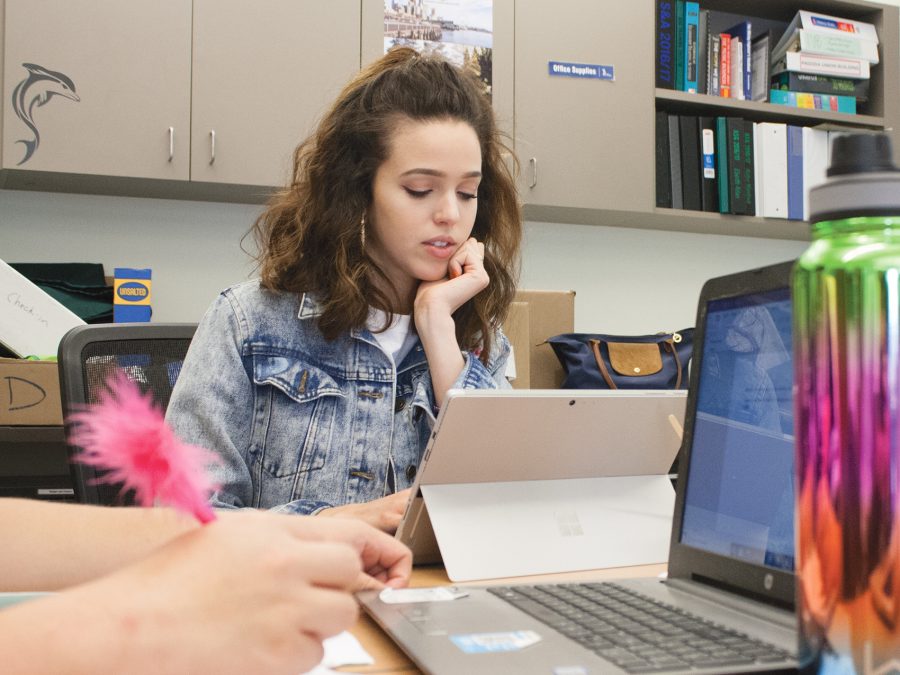 BRAVE GIRL IN THE MIDST OF CIVIL WAR

As a Muslim girl, Yara Buker has only worn a hijab once in her life: when she was under threat of being killed.

Buker grew up in Benghazi, Libya, for 19 years, and was raised to be a very family-minded individual. At the age of 17, she started working at a liberal television station doing newscasting for a local channel.

It was only when she was under threat of death that she started to realize just how dangerous her job was.
Benghazi
The 2011 Libyan Civil War brought an end to the 42-year reign of Muammar Gaddafi, who himself executed a coup to overthrow the established monarchy in 1969. At the time, Libya was a hotbed of political dissidence.

“I worked at different TV channels — that was the beginning of the revolution for the first few months. The thing about extremist groups is: they don’t go after you, they go after your

family. (They) want to see you suffer, so they don’t kill you,” Buker said.

She is a small, luminous individual, typically smiling or engaging with her peers. Even in the back of the crowded SCC library, students strolling through the bookshelves stop to greet her.

Despite her sunny demeanor, she began to fidget with the wedding ring on her finger and spoke softly as I asked her questions about what happened in Libya.

Her job was a dangerous one, yet one that she felt inclined to do. It was so dangerous, in fact, that one of the news stations where she had been working was bombed.

An hour after she had left work for the day, over 30 men came into the station and threw a grenade. People fled the building by jumping from roof to roof to safety.

Thankfully, nobody was killed in the attack.

In that moment, Buker realized how dangerous her job was and just how unsafe it was for her in the industry. Even though it was dangerous, she said it was a job that she had to undertake.

“The more death threats we got, the more people started leaving,” Buker said. “I was one of the first 13 people to do this job, and people relied on me to give them the truth.”

After this, she and the other newscasters realized that if they wanted to continue making a difference, the only option they had was to flee to a different country.

“The hardest part about fleeing (the first time) was leaving the country. The airport in our city was closed so we had to drive three hours to the (next) closest airport. We took only bare essentials: no money, nothing valuable… we could have been attacked or killed because of who we were.

“That was the first and only time I ever put on a headscarf. We did not want to stand out. We had to be unseen,” she said.
Egypt
After Buker and her crew left, they fled to Egypt, which she described as an equally unsafe country for her.

“Even though we had fled, we had one of the extremist groups follow us. They blew up the car of one of my fellow TV anchors. That is when all of us learned that it didn’t matter where we went, we were always going to be a target. That didn’t matter to me as much then, though.

“Now that I think about the job that I was doing, it was not so wise of me. When you’re living in the situation, you’re not aware of how dangerous it is. I just felt like it’s my country and I live there — it’s the least that I can do. If I can’t help my country with something that I’m good at, why do anything at all?”
America

She has now lived in the U.S. for one year and 10 months, and though she worked in the television industry in Libya, she says that now she is focusing her career path on nutrition and fitness.

“My dream is to be a nutritionist and go back to Libya. They have very bad diets there; people die very young. I would love to go back there and help them learn that through a healthy diet, they can improve their lifespan and life in general,” Buker said.

Though many of the choices she made have led her in dangerous directions, she said that she would never change any of her choices.

“I think about this question a lot. I would say that I’m very proud of my life right now.

By living in the U.S. I got to meet my best friend and I got to go to college! If it weren’t for those simple decisions, I wouldn’t be sitting here right now.”

But Buker says being in the U.S. is a double edged sword. Though she has enjoyed much about her experience, there are pitfalls.

As a family-oriented person, Buker has been taught that family should come first in every situation. Despite the benefits of living in the U.S., it causes her pain because she’s far away from her siblings and her mother.

“I love it and I like it a lot, but I guess I’m constantly making sacrifices. Right now I’m sacrificing seeing my family. You never get your cake and (get to) eat it too. This is how I’ve felt my whole life.”

Despite her complicated past, the 24-year-old has adapted very well to American culture: she wears what she pleases, enjoys concerts and goes to school.

CJ Priebe contributed to this article.