‘The Witcher’ is Here to Stay 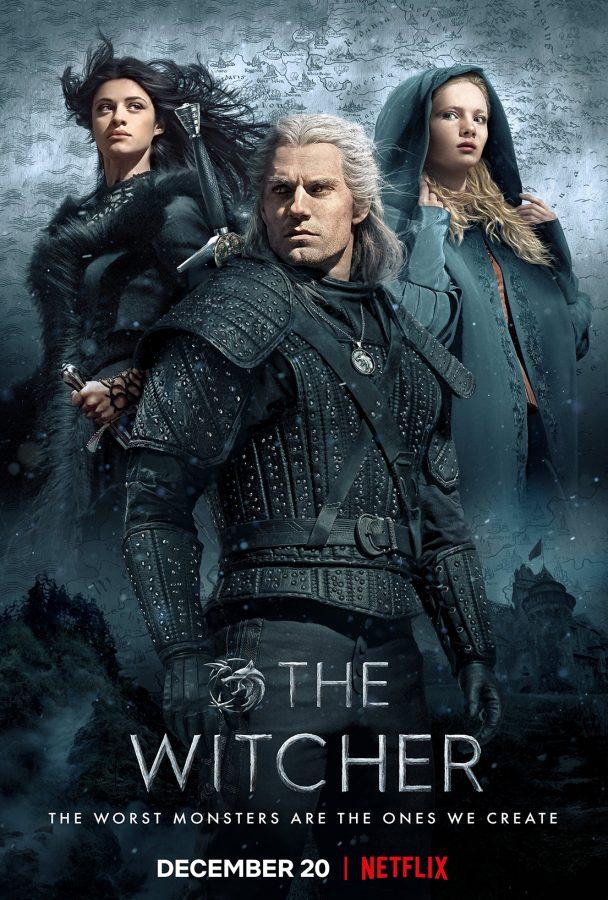 Destiny is inevitable. Or so seems to be the case for Geralt of Rivia (Henry Cavill), lead character in the new Netflix series “The Witcher.”

Geralt is a Witcher, a professional monster hunter who has trained for the craft since he was a child. Witchers undergo mutations to enhance their reflexes and healing capabilities, after which they’re set loose on the world to kill monsters for money.

The plot of the show closely follows the first two books in Polish author Andrzej Sapkowski’s “The Witcher” series, “The Last Wish” and “Sword of Destiny,” both of which contain short stories. Sapkowski’s books have also spawned a successful video game trilogy.

Due to the structure of the source material, the first season of “The Witcher” might feel chaotic to some, especially newcomers to the series.

What makes it disorganized is the introduction of the three main characters’ timelines: Following Geralt, the second timeline presented in the show belongs to a gifted child named Ciri (Freya Allan), the princess of Cintra whose fate is inexplicably tied to Geralt’s. Ciri wasn’t introduced until Sapkowski’s second book, “Sword of Destiny,” whereas in the show, Ciri is brought into the fore in the first episode.

In my view, however, the decision to include Ciri early on was the correct one. She is key to the story, therefore the sooner her character is developed and introduced to viewers, the better.

The show’s third timeline focuses on Yennefer of Vengerberg (Anya Chalotra), a powerful sorceress trained by an influential cabal of sorcerers who love to play politics. The introduction of Yennefer’s tumultuous past was another a clever choice on the part of the writers, as her training and origin also weren’t explored by Sapkowski until “Sword of Destiny.”

What certain viewers may overlook is that despite Yennefer’s young appearance, she is in fact about 90 years old and uses magic to keep herself youthful. Geralt also ages very slowly due to the mutations he underwent as a child to become a Witcher which explains why, like Yennefer, he looks much the same throughout the series’ time jumps.

Despite the chaos, the sense I got while watching “The Witcher” was that the writers and producers are in it for the long run. It felt like they used the first season to set the table for bigger things, which is why they took some slight creative license along the way.

I’m very excited to see Ciri’s character arc, as she plays the most important role in the “Witcher” universe. Allan’s performance as Ciri fell a little flat for me at times, but I’m sure that as the show’s plot takes on a more recognizable shape, Allan’s delivery will also improve because her character was squeezed into the first season which I suspect affected the writing.

I enjoyed the concept of destiny that hovers over the characters, and how although they can’t run away from it, they can choose to fight it. The mystery of this aspect is what makes it so powerful, yet it could also be seen as a cheap plot device in its current state, with characters acting on instincts that just so happen to advance the storyline.

Additionally, the CGI felt hit-and-miss. This is an important area to build upon as monsters are essential to the world of “The Witcher.”
Story-wise, the first season of the show is already a fair representation of Sapkowski’s books. Until now, it was a series that most people outside of the gaming community had never even heard of. Although it was a risky decision to adapt a relatively-unknown Polish book series into a mainstream TV show, I think they’ve already done a good job.

The soundtrack, casting and execution tell me that this is a lovingly crafted production, one that if done right, could reach dizzying heights. Despite receiving mixed reviews, it’s already very popular.

A number of critics have compared “The Witcher” to “Game of Thrones.” I see no reason why it can’t achieve the same success.

In an interview with SFX Magazine, showrunner Lauren Hissrich said that she’s “mapped out” at least seven seasons of “The Witcher.” Netflix has also confirmed a second season for the series, which will premiere in 2021.