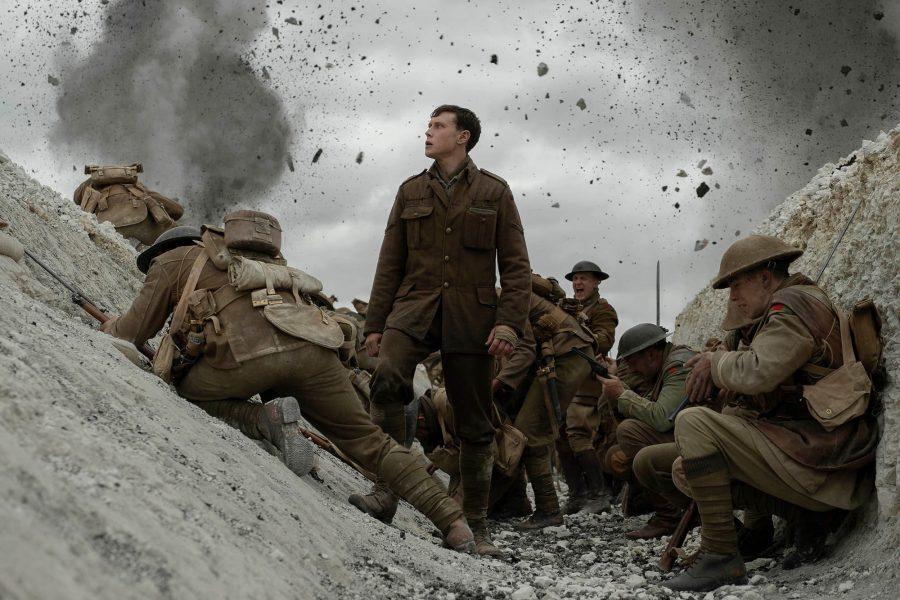 Director Sam Mendes takes audiences into the trenches in his new wartime masterpiece “1917.”

Set in the midst of World War I, British Lance Corporals Blake (Dean-Charles Chapman) and Schofield (George MacKay) are entrusted with the task of delivering orders to an isolated infantry battalion to prevent its 1,600 members from walking into a German trap. Time is of the essence, and danger lingers at every turn.

What the trailer doesn’t show is that the film is seemingly captured in one shot, immersing the audience on an unprecedented scale. Every part of Blake and Schofield’s journey through enemy lines is documented, from receiving the orders to the final delivery. While “1917” was not actually shot continuously, the cuts are seamless and undetectable.

Each scene is filled with either action or intrigue, featuring the perfect balance of drama and fighting to keep even the most casual viewer engaged from start to finish.

The pacing is excellent. As the film proceeds, the suspense grows more intense as the main characters race against the clock to deliver their precious cargo. Pauses between scenes are brief and meaningful, filled with character-expanding dialogue and beautiful camera work.

Historical accuracy is on point when it comes to all things military: The costumes, dialogue and subject matter reflect the great deal of research that went into the making of the film. Soldiers demonstrate an equal measure of camaraderie, disillusionment and fierce dedication as they sludge their way through military life. These qualities are even apparent in the background actors, enhancing the overall picture of World War I warfare.

MacKay’s performance as Schofield is especially notable. His quiet resilience brings the film to life, showcasing the endless determination of youth and the bond of friendship.

While the adventure story of the two friends is epic and largely accurate, there is a major area where the film glances over crucial elements of history for the sake of additional tension.

The concept of two Lance Corporals determining the life or death of 1,600 men — while certainly compelling — isn’t nearly as realistic as the film implies. In a World War I setting, a general would have used several additional methods to get his message to the neighboring Colonel.

The British made frequent use of homing pigeons during the war, so much so that German troops were trained to shoot the pigeons down on sight. The General would have sent at least a few in the hopes of getting one through the line.

As the film depicts, sending messengers in groups of two or three was very commonplace. However, it would have been highly unusual for a General to only send one of these small groups to deliver a message of such import.

Realistically, there would have been at least two groups sent, if not three or four. For added drama, it makes a lot of sense to leave the state of alternative messaging as ambiguous as it is in the film, but it’s still an important point to note.

Overall, 1917 is an incredible movie and worth every penny of the theater ticket.