To people who draw or have always wanted to draw, Inktober’s the challenge to tackle this October.

You don’t have to be an artist to participate in Inktober, having a pen and a paper is all you need.

Inktober is a 31-day challenge. It has an official prompt list for each day in October and the main goal is to draw every day just using ink and paper, based on that day’s prompt. Then you post these drawings on the internet with the hashtags #inktober and #inktober2016.

There is no need to do a drawing every day, you can just do it every few days or every week. The main goal is to be consistent with posting your drawings.

Inktober creates a habit of consistent drawing, so it’s often helpful to beginners who don’t know where to begin.

Inktober was created by Jake Parker, an illustrator and cartoonist, who first started the initiative as a challenge to himself. Now, it’s being done by thousands of artists around the globe.

Even our very own SCC students are taking part in this challenge. I talked to some of the students that are participating.

Corr is in the design program at SCC. He is trying to make it as a freelance illustrator and eventually a concept artist.

He says that Inktober is becoming “more and more, it’s just an excuse for artists to draw, it’s a challenge.”

In fact, Corr is doing Inktober for the very challenge of having to come up with ideas every day. Without the challenge, if he doesn’t have anything particular in mind, then there is no use for him to come up with a piece. But this challenge forces him to keep up his drawings every day, rain or shine.

Corr says that all professional artists start out as amateurs, so beginners shouldn’t worry. “Professionals aren’t judging you as much you think they are,” said Corr. 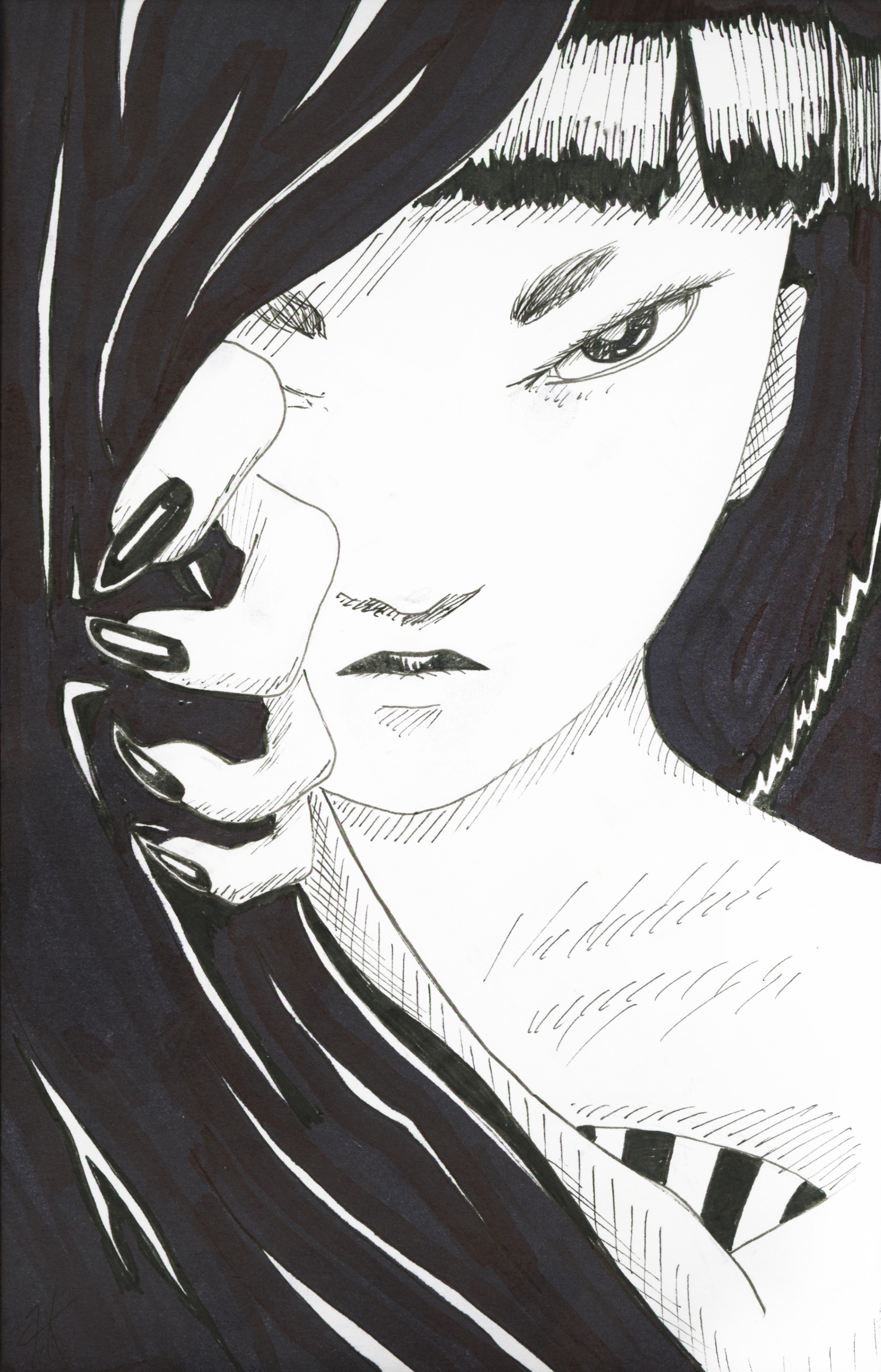 Kelly is currently majoring in game art and design. Since coming to SCC, she has “dabbled” in different art mediums even though her main interests lie in concept art and digital painting.
She’s also currently involved in Inktober. She has been trying to make pieces she finds to be more difficult, such as dragons.

Kelly spoke about the importance of Inktober’s media: ink.

“It is definitively permanent. Once you put the pen on the paper, there’s no taking that stroke back. Artists seem to have a hard time knowing when to stop and let go and ink really forces you to do that,” she said.

“No one can make an ink drawing perfect, at least no one I know of. When you’re working with ink you can let go and see where your pen leads because it’s not going to be perfect anyway, so why stress over it,” she continued.

Mayfield is proof that Inktober can be done by anyone, even if you’re not in the art department — he is actually pursuing an associate degree in business.
He commented that after a long day of numbers and essays, “Inktober time is the time to do creative things.”

To Mayfield, keeping the “momentum” going is definitely difficult; he has to do one piece each day. He’s mostly done little things like mini comics. When he does think of larger pieces, they end up too complicated to be finished in one day.

But he does admit that drawing for Inktober has really helped him improve his skills.

“If you’re interested in art, you should definitely try Inktober at least once,” said Mayfield, “It’s kind of a challenge to see what you can do on one day even if it’s only a small piece.”