Six dark and Wild Tales to inflame your vengeful imagination 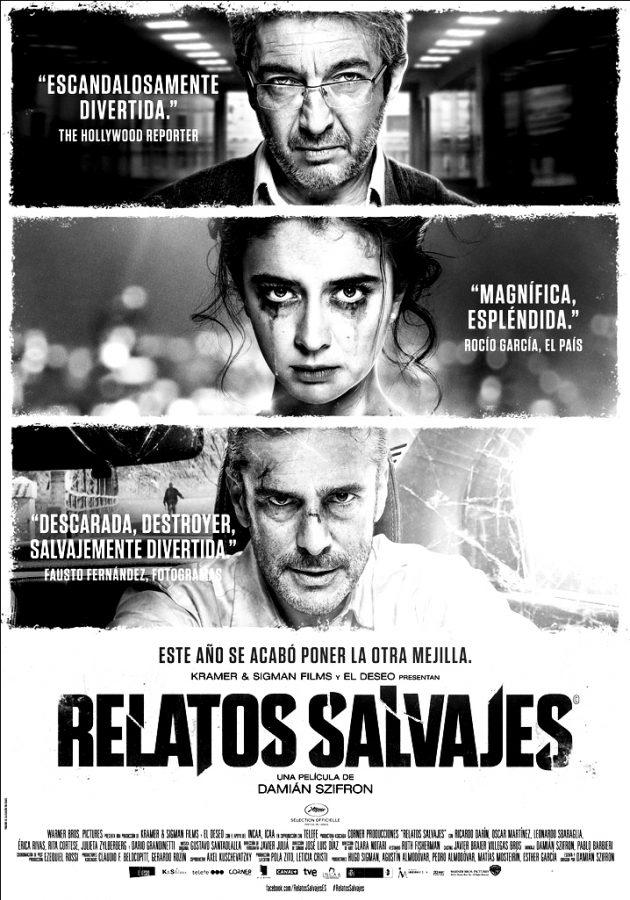 A maniac cuts you off on the freeway. An ignorant ape howls slurs at you because you look different. There are no signs forbidding you to park there, but you still got a ticket.

We’ve all experienced injustices like these, but we rarely act on them for fear of the resulting confrontation. Enter, “Wild Tales,” a film which appeals to everyone’s lust for retribution.

Set in Argentina, the film is actually a series of 6 separate vignettes linked by a theme of revenge. Each situation has you cringing but manages to keep you at the edge of your seat as the characters behave in extreme and often violent ways in response to their perceived injustices.

In “El más fuerte” (the strongest), a character who gets cut off on the open road by a sports car gets his revenge when he later finds the driver stranded with a flat tire. The situation between the two men escalates from the sports car getting trashed to a strangling match inside a car that’s about to burst into flames.

It was directed by Damián Szifron, well known in Argentina for having produced a popular comedy-drama series about a team of con artists for hire called “Los Simuladores” (The Pretenders). Like his earlier work, Wild Tales covers a broad emotional range: it’s presented like a drama with thrilling elements and dark humor throughout.

In one scene, where a protagonist is attempting to run over another man, he accidentally drives his car into a river and as soon as the car rolls to a stop, his GPS is heard “recalculating” his travel time. Moments like this one come up periodically to allow the viewer to step back, remember it’s only a movie, and it’s okay to laugh at the character’s misfortunes.

The film was released in 2014 to be presented at the Cannes film festival, where it was nominated for the Palme d’Or, and then later in the summer for general audiences. It was also nominated for best foreign film at the Oscars, but won awards at other lesser known festivals, such as the Argentine Silver Condor Awards and the Sarajevo film festival.

Even if you don’t like reading subtitles, the clear visual storytelling is enough to draw you in. Most of the stories are easy to read because the language of violence is understood worldwide, but in the story “Bombita,” you don’t have to speak Spanish to see protagonist’s frustration every time he goes out to his car only to find a slip of paper with a picture of a tow truck in it’s place.

Tired of predictability and Hollywood tropes? This film does a good job of throwing traditional formulas out the window. Each story is spontaneous and relatable and none of them have traditionally happy endings. Of all the stories, only two ended favorably for the protagonists, the rest were either dubious or just flat out bad.

The movie also comes packed with a badass soundtrack. It seems almost reminiscent of Pulp Fiction, when the song “Relatos Salvajes” (the Spanish title of the film) starts abruptly after the opening scene transitions to the title sequence.

To those who have a morbid sense of humor, a tolerance for violent scenes and an appreciation for foreign cinema, I cannot recommend Wild Tales enough.