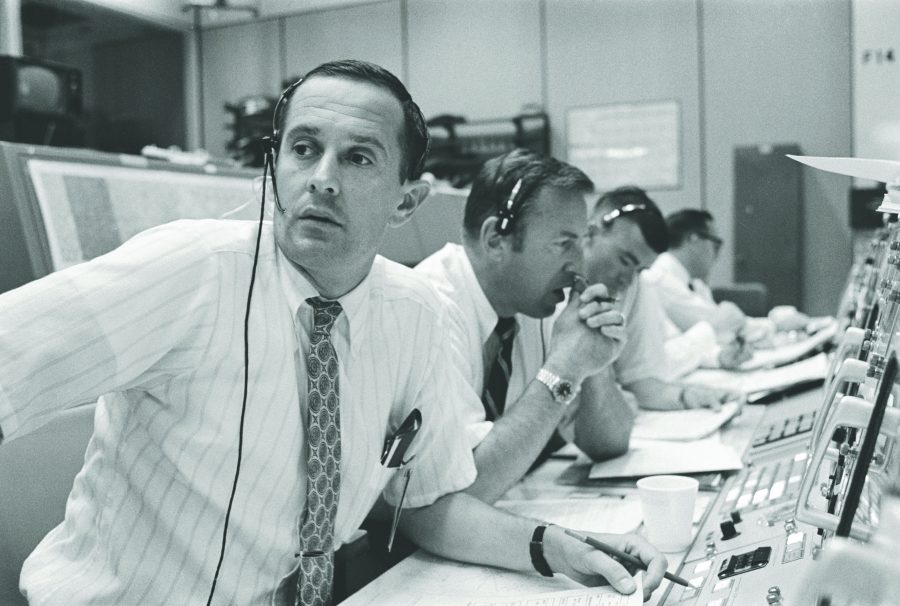 Every so often, a truly remarkable piece of cinema will capture lightning in a bottle. Such is the case with “Apollo 11” — a film that is not just a documentary, but an experience.

Following a week-long preview in IMAX theaters, March 8 saw the official release of the movie, which offers audiences a glimpse into NASA’s first mission to land on the moon. Award-winning director Todd Douglas Miller last saw success with his 2014 release “Dinosaur 13,” which recounts the unearthing of the world’s largest Tyrannosaurus Rex skeleton.

Keeping in the spirit of science, he then set his sights on “Apollo 11,” an immersive chronicle of the events leading up to the famed flight of astronauts Neil Armstrong, Buzz Aldrin and Michael Collins.

The movie is a time capsule that tells its story through archival footage surrounding the voyage, owed to the recent discovery of never-before-seen 70mm film reels and the sorting of over 11,000 hours worth of audio recordings.

The first aspect that viewers may notice upon watching “Apollo 11” is the incredible quality of the footage, apparent right off the bat as the enormous Saturn V rocket is being wheeled to the launch pad. The crystal clear picture makes 1969 look as if it was just yesterday, and at first glance, one may forget that it wasn’t.

The beautifully saturated colors are a breath of fresh air, most evident in the rainbow of buttons that glow from the consoles inside mission control. Perhaps this is due to the fact that much of the footage is filmed using Todd-AO, the format responsible for producing golden age classics like “Cleopatra.” Fortunately, the same process was employed to document the real-life adventure of Apollo 11.

Matt Morton composed the score using a reissued 1968 Moog Synthesizer accompanied by a note in the end credits which states that all of the music heard in the film was created with instruments that existed at the time of the mission.

Ambient details that aren’t usually focused on elsewhere are captured throughout “Apollo 11” with poignance, most notably in scenes showing crowds of spectators who have gathered to watch the astronauts lift off in person.

A woman fixes her hair. A couple pours coffee. Others doze on pillows they’ve brought from home. It is the early summer morning of the launch in Cape Kennedy, Florida, and the anticipation in the air is electric.

All kinds of fleeting moments are caught: In one scene, the audience is shown the interior of a Krispy Kreme stand where cheerful female employees serve doughnuts to attendees. Next, point-of-view shots appear to take viewers by the hand and escort them through the crowds. From a helicopter vantage point, a Penney’s is visible in the background.

These seemingly insignificant details put into perspective the otherwise epic occasion, serving as a valuable dose of humanity for anyone who wasn’t around to see it happen.

“Apollo 11” gives the viewer an all-access pass to mission control in Houston, Texas, where workers hustle to keep communications running. In this room, it feels as though you are standing or sitting among them.

Some of these communications have been synchronized with footage of the exact moments that the members of mission control spoke the words, giving new life to historical dialogue which had until now remained disembodied.

Meanwhile, an artist is shown sketching flight controllers as they work. In the lobby, NASA personnel gather around a color television set, taking a break from space to listen to news about Ted Kennedy and the Chappaquiddick incident.

The keen eyes behind the cameras capture the event with such artful technique that it seems like they had always planned to create this very documentary. For instance, shots of the grandiose rocket will cut to small toy models of the same vehicle back on Earth: a perspective that makes the ordeal quite literally “close to home.”

We are also given an intimate look at the astronauts getting suited up for the mission, as vintage commentary about the three men is paired with fleeting imagery of their past which skips across the screen — crafted almost as if to depict their lives flashing before their eyes.

When the swing arms release the rocket, viewers may feel like they have just been strapped into the ultimate amusement park ride, with the ground visible far below. When the fuel shoots out of the engines like dark orange magma, the visuals bring to mind the CGI used in the launch sequence of 1995’s “Apollo 13” as ice falls away in the foreground.

During the Apollo 11 mission itself, simple white-on-black animations illustrate complex maneuvers that are mentioned, almost as if NASA engineers themselves are drawing them on a blackboard for the audience. In an episode of the Manhattan-based interview series “BUILD,” director Todd Douglas Miller explains that he took inspiration from the 1970 documentary “Moonwalk One,” which utilizes similar diagrams to explain the technicalities.

Despite the pressure that all parties endure, moments of humor and lightheartedness are not omitted. “Now I want to back up and partially close the hatch,” Aldrin says as he prepares to descend the ladder to the moon’s surface, “making sure not to lock it on my way out.” There is audible laughter.

A similar sigh of relief occurs when the lunar module first lands on the moon. “Be advised there’s lots of smiling faces in this room — and all over the world,” says capsule communicator Charlie Duke.

Later on, the screens of mission control proudly display John F. Kennedy’s 1961 message to congress in which he had proposed that the U.S. land a man on the moon before the decade is out. The mood at NASA turns from tension to relief; and so does that of the astronauts.

“No matter where you travel, it’s always nice to get home,” Armstrong says.

Before the astronauts journey back to Earth, a cassette tape recorder they have with them can barely be heard playing the aptly-named 1969 song “Mother Country” by former Kingston Trio member John Stewart. The lyrics strikingly match the situation.

“Why, they were just a lot of people doing the best they could,” Stewart sings, as the canned sound from the tape fades into the full-quality anthem which is combined with bright, daytime footage of the crew’s splashdown in the Pacific Ocean.

The scene oozes optimism for past and future alike, uniting two time periods for the ultimate 50-year anniversary.

In his song, Stewart asks, “What ever happened to those faces in the old photographs?”