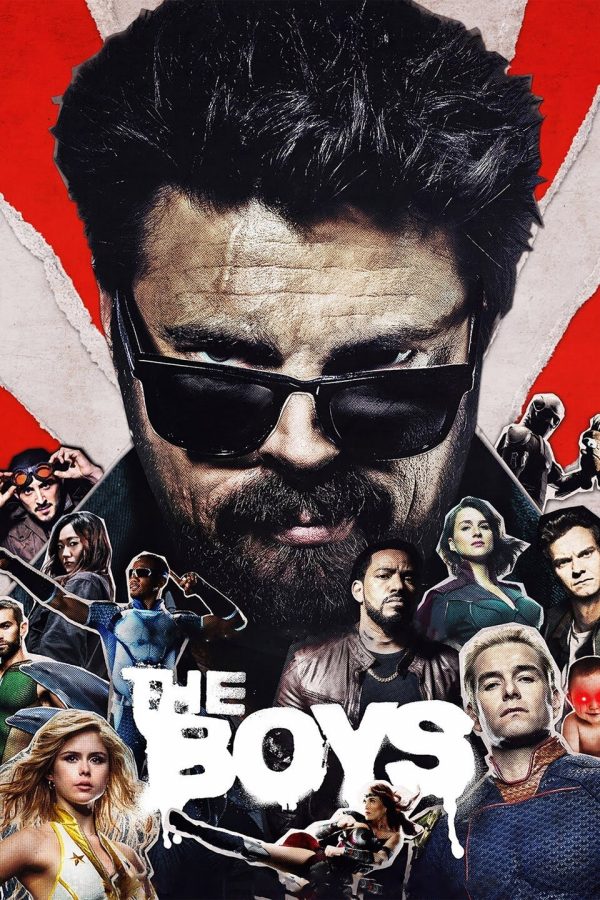 Superheroes have ruled the zeitgeist for quite some time, but “The Boys” offers a more nuanced take on the concept.

Based on a comic series of the same name that ran from October 2006 to November 2012, the show isn’t altogether faithful to the book.

Its first season, which premiered on Amazon Prime Video on July 26, 2019, was so popular that Amazon renewed it for a second the following September. On Oct. 8, that season came to a close with the promise of a spinoff and third season on the horizon.
Plot
The Boys are a team assembled by the FBI to keep tabs on a business conglomerate called Vought International and their superhero creations — who often abuse their powers.

Vought is responsible for the creation of heroes through their mostly secret (and somewhat unstable) pharmaceutical Compound V, which provides and enhances super abilities in a manner similar to steroids.

Our main lens into this fantastically horrifying world is through Hughie (Jack Quaid), who’s a fan of superheroes until his girlfriend is accidentally killed by a speedster known as A-Train (Jessie Usher) in the first moments of the show.

Hughie refuses up-front compensation from Vought which gets the attention of the leader of The Boys, Billy Butcher (Karl Urban), who views Hughie as a way to infiltrate Vought and figure out what they have planned.

The show portrays heroes as serving themselves more than the greater good. There are some exceptions, however, with a character named Starlight (Erin Moriarty) being one of them.

Through her, we get a look at the inner-workings of Vought’s marketing through her induction into The Seven — the current staple superhero team of Vought International.

At its core, “The Boys” deals with the same complexities of life that you see in just about every story: love, loss, revenge and the motivations of capitalism.

While the first season follows a plot to induct superheroes into the military, the second season deals with the outcome and reveals Vought’s true colors.
Characters and Counterparts
Homelander (Antony Starr) is the “Superman” of the group, with an all-American persona that extends itself to his costume. But under the star-spangled veil lies a control freak with a penchant for admiration.

Starlight (Erin Moriarty) is the young newcomer to The Seven and naive to it all — much like the other heroes once were. Over the course of the season, we see her naivety get chipped away.

When she seeks to rise above the hardships of being a superhero and be more transparent about her experience with her fans, Vought rebrands her in order to appeal to a wider audience.

The Deep (Chace Crawford) is The Seven’s equivalent to DC’s Aqua Man — albeit more awkward. Over the course of the show he deals with the fallout of his sexual misconduct with Starlight and insecurities as the odd man out in The Seven.

The series makes a large departure from the antics depicted in the comics, thus providing more nuance. For instance, in the show, Homelander spent his childhood in a lab with doctors instead of being raised in a loving environment as described in the comics.

Homelander also learns that Vought had kept the existence of his son secret to prevent him from ending up like his father. This didn’t happen in the comics and brings new possibilities to the series.
A Dose of Suspense
Toward the second season, the tension heightens with Homelander becoming increasingly paranoid due to the revelation that a number of secrets were kept from him. Meanwhile, The Boys gain the status of America’s Most Wanted.

To further stoke the tension, the introduction of more individuals with powers presents the cruel realities of Compound V’s potential in the marketplace and what happens when people don’t fall in line with Vought’s grand plans.
Looking Forward
The season finale indicates that the show is moving in a new and much more interesting direction than the comics.

Namely, The Boys will be gaining Soldier Boy — the team’s equivalent of Captain America. However, how the series will introduce him is not yet clear.