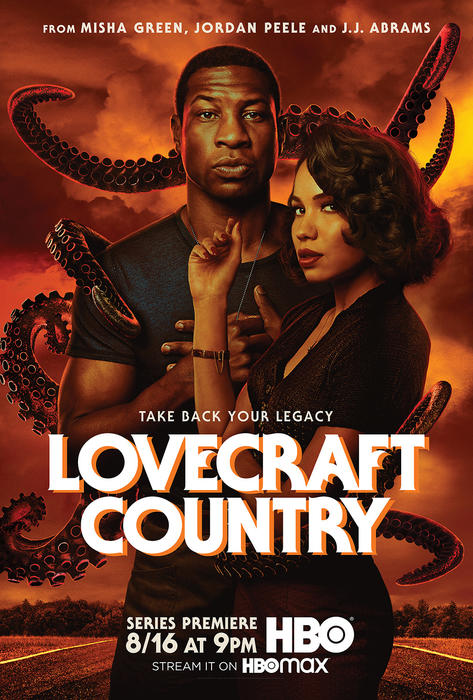 Lovecraft Country premiered in August 2020 and aired its finale in October. It’s yet another title released under Jordan Peele’s Monkey Paw Productions.

Founded by Peele in 2012, the company has been committed to groundbreaking storytelling, visionary world-building and the unpacking of contemporary social issues.

Atticus embarks on a road trip through the South in search of his father while accompanied by his Uncle George (Courtney B. Vance) and old friend Letita (Jurnee Smolett).

Along the way, they encounter problems with the police — and on top of that, Lovecraftian horrors.
Black History and Afrofuturism
The most terrifying aspect about this show is its portrayal of the stark realities of racism. Paired with monsters and the weaponization of magic, it’s a combination that takes the series down wild turns throughout its first season.

“Lovecraft Country” isn’t afraid to bend genres and does so masterfully in order to further the plot and allow each episode to feel somewhat self-contained. Over the course of the series, audiences are transported to the rural American South, inner-city Chicago, Korea, outer space and mystical realms beyond imagination.

While the show occasionally strays from reality, it’s grounded by the very real history of Jim Crow. The series pays homage to historical figures such as Martin Luther King, Jr. whose dream has yet to be fully realized, along with Emmit Till whose life was cut short in a horrendous manner that echoes in recent events.

One of Peele’s goals was to create a truly timeless show — and in that regard, he succeeded. “Lovecraft Country” tackles issues that are sadly still very relevant today such as police brutality, racism and the patriarchy.