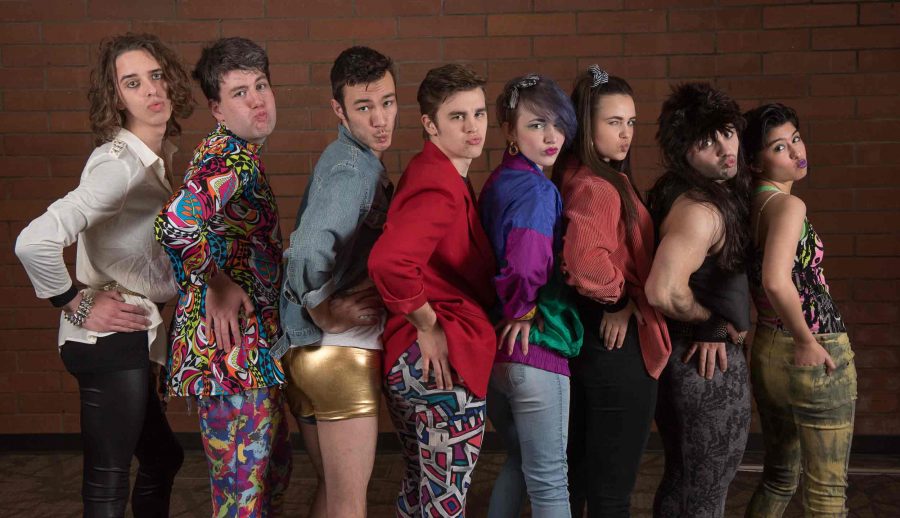 We all need a laugh from time to time, especially with finals coming up and all of us scrambling to finish the end of quarter projects and papers, a break is going to do us wonders.

Improvable and Highly Sketchy is just the thing that could brighten up your weekend, at least for a couple hours.

This is a completely different format of production that’s being brought to SCC; the first part of the show is going to be displaying short comedy sketches, most of them written by the cast members themselves. Then in the second half, it will be time for the improvisation.

Improvisations will be different every night of the production and the audience will help determine where each scene will end up going. The actors will go on stage, without any prepared lines or coordinated scenes, and work together with their partners to improvise the scene the audience provides.

Many of the actors participating in these sketches have been studying improv for years and are super experienced. Most of the cast agreed that some of the best improv actors from SCC have been specifically chosen to entertain our campus.

This production will rely heavily on the audience’s help. One of the actors in the play, Courtney Heuer, mentioned that unlike most regular productions, “There isn’t a wall between the stage and the audience.”

Debra Pralle, the director of the show, also added that the audience can participate and be a part of the “creative endeavor” as the actors will be including the audience’s opinions as they are improvising.

This production isn’t just for the sake of the audience. The cast admitted that the group is hilarious and they all have a great time with each other; they’ve really bonded and they are supportive of each other’s opinions regarding the production.

That’s not to say this is a piece of cake for the actors. The assistant director, Steven Vederoff, explained that when improvising, you only have about five minutes on stage and you need to make people laugh in the first two. If you don’t, it’s boring. Though Vederoff does admit it’s easier for him to do this rather than having to worry about the story.

Tucker Leidholm, also an actor in the play, said that this production is all about forgetting your life for a few hours and having a laugh.