Apollo 11 Lands in Museum of Flight 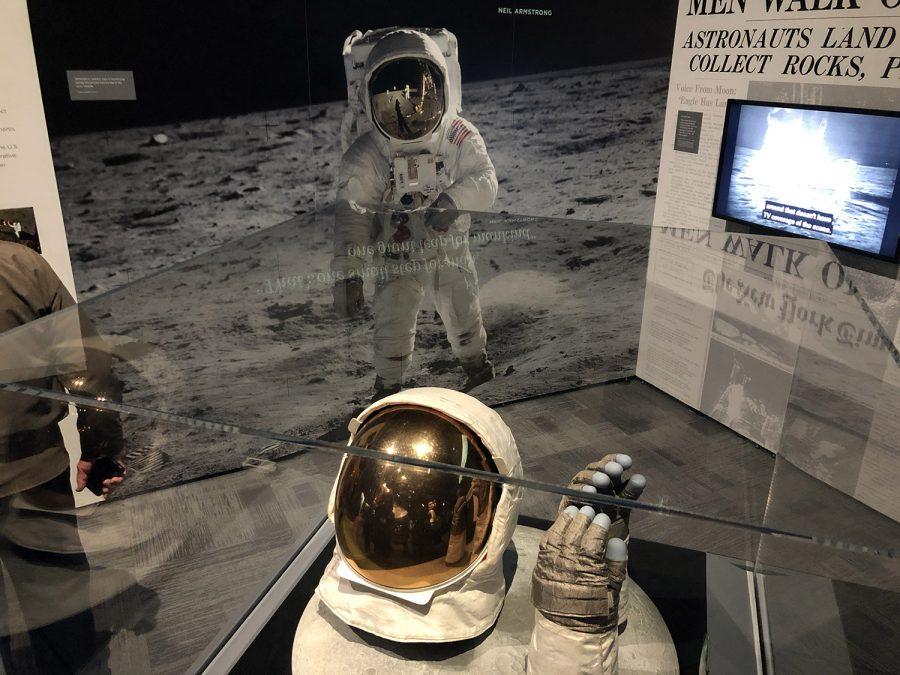 A slice of space history has landed in Seattle, and you can see it in person. 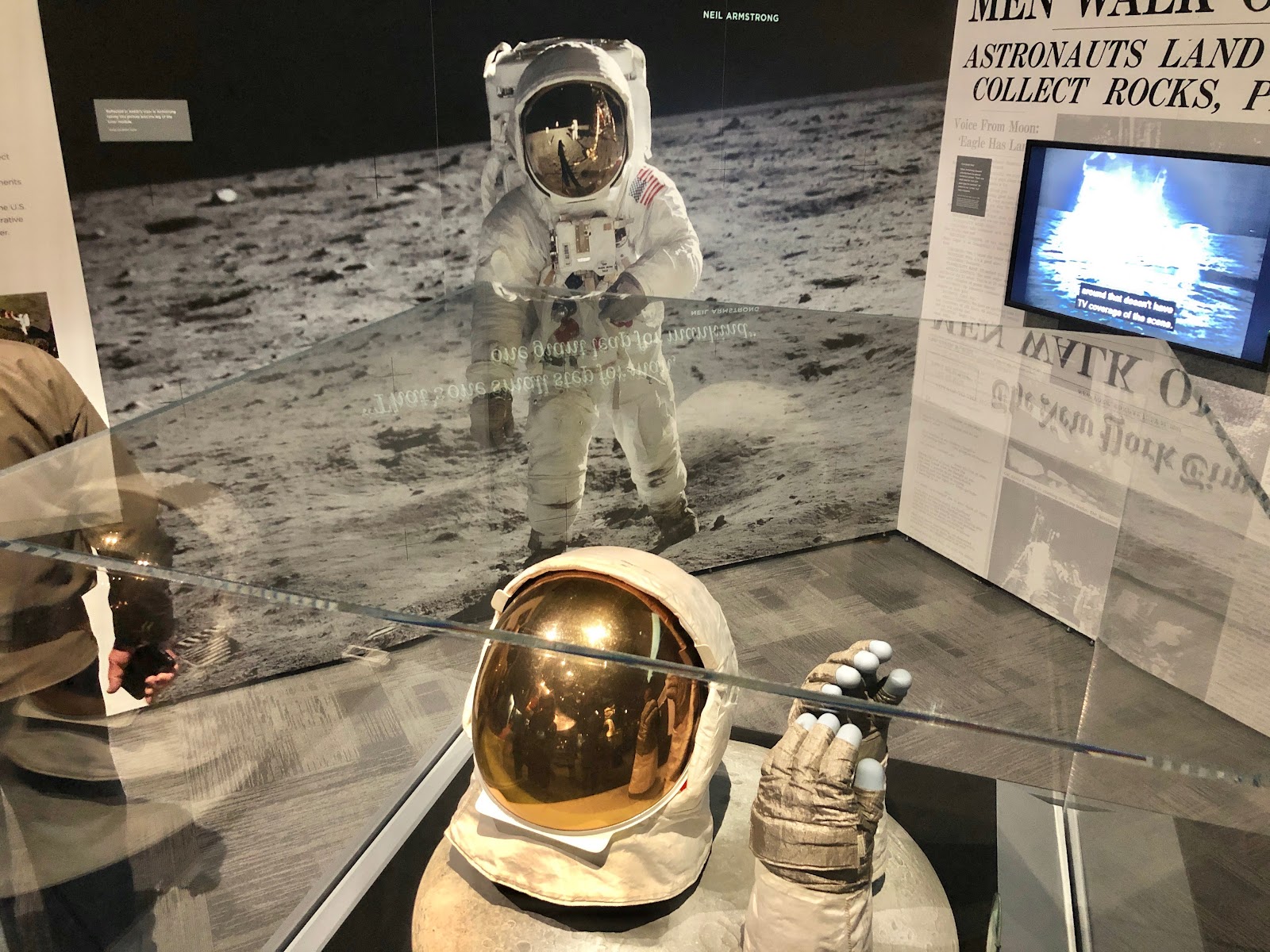 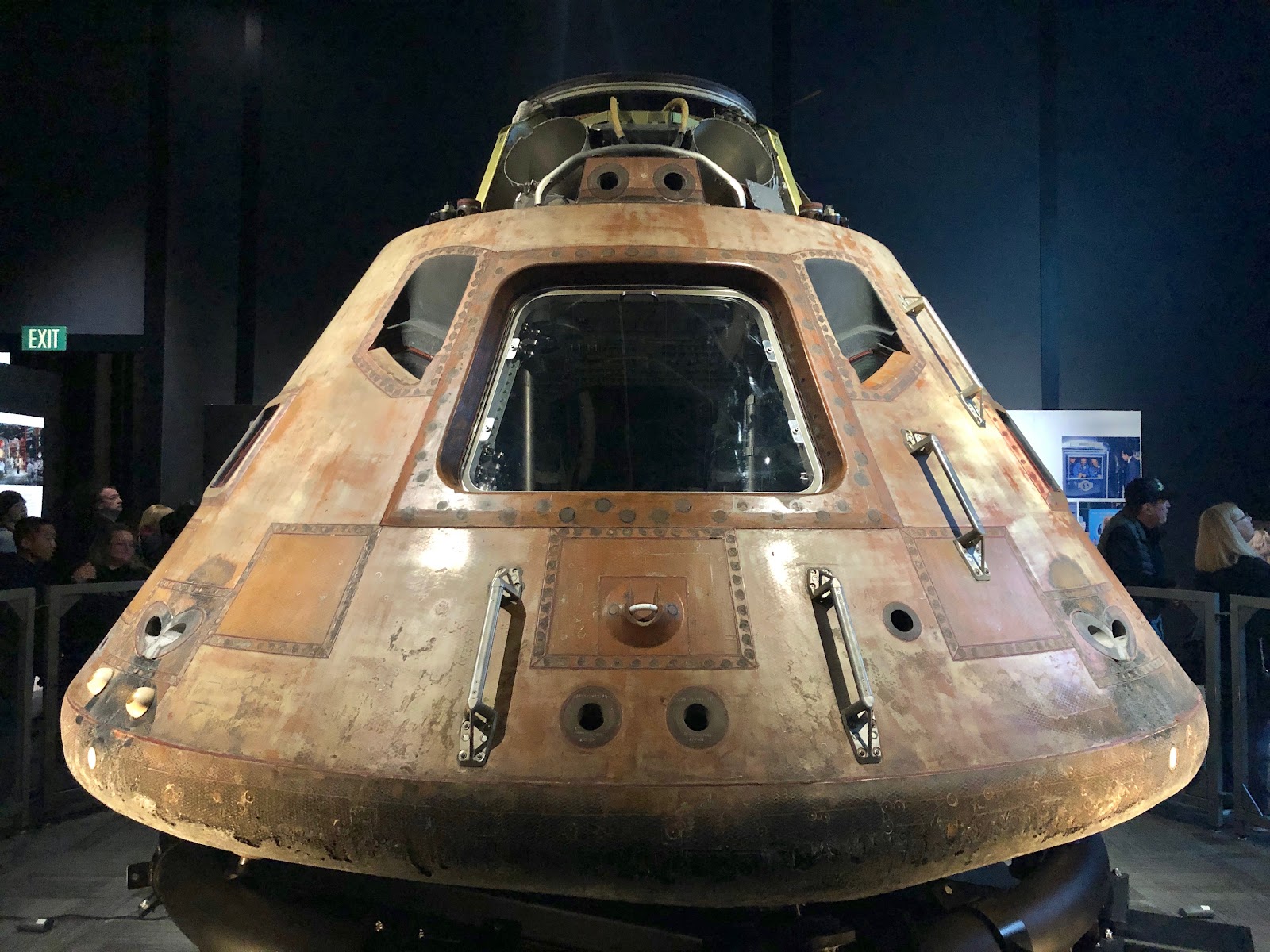 The astronauts of Apollo 11 departed and returned to Earth in the command module Columbia. Photo: Paul Clark

Artifacts from the famed Apollo 11 mission that first took astronauts to the moon in 1969 have been loaned from Washington D.C.’s Smithsonian to Seattle’s Museum of Flight, with a brand new exhibit called “Destination Moon” in its only stop along the West Coast.

The exhibit contains the command module Columbia which housed astronauts Neil Armstrong, Buzz Aldrin and Michael Collins upon their re-entry to Earth after Armstrong and Aldrin’s notorious moonwalk.

Following a free preview for members of the museum on April 7, the exhibit opened to the public on April 13 and will run until Sept. 2.

Upon entering the exhibit, visitors have the chance to walk through an introduction dedicated to Seattle’s early involvement in the space program. Here, artifacts from the city’s 1962 World’s Fair and other sci-fi mementos appear to blend seamlessly with the real-life scientific advancements of the space race.

Further in, one will find some of the museum’s permanent installations, such as a Russian capsule and an original console from NASA’s mission control — all set to an updated backdrop honoring the new exhibit that includes blown-up photos of newspaper headlines and other photographs.

Inside a large walled-off section, the main collection contains an impressive variety of Apollo-era relics.

Columbia itself, which sits prominently toward the back of the floor, exudes history with a presence that is nothing short of incredible. Museum patrons get a 360 degree view of the exposed capsule as a screen with archival footage of its crew and its return to the Pacific Ocean plays above it.

This is the command module that Collins used to orbit the moon while Armstrong and Aldrin walked on the surface below. Upon looking through the window at the controls, you get a sense of what the lone journey must’ve been like.

Perhaps just as fascinating is a section around the corner where a glass case contains the helmet and gloves that Aldrin wore during the landing as seen in the iconic photograph of Aldrin on the moon.

Astronomy buffs will recall the infamous close call that Armstrong and Aldrin experienced before they departed from the moon: Aldrin noticed a broken circuit breaker switch, and it was only after placing the end of a pen in its place that they were able to make the successful departure. Here, visitors are able to see the pen and switch in question.

In the shadow of the museum’s new artifacts remains a giant F-1 engine; the same kind that appears on Saturn V rockets. The engine, which was originally used for testing purposes, fired more than any other of its time.

This is only a sampling of what the exhibition has to offer. At $10 per ticket along with general museum admission, “Destination Moon” is a once-in-a-lifetime experience that you won’t want to miss.