An exaltation of Kendrick Lamar’s “To Pimp a Butterfly” 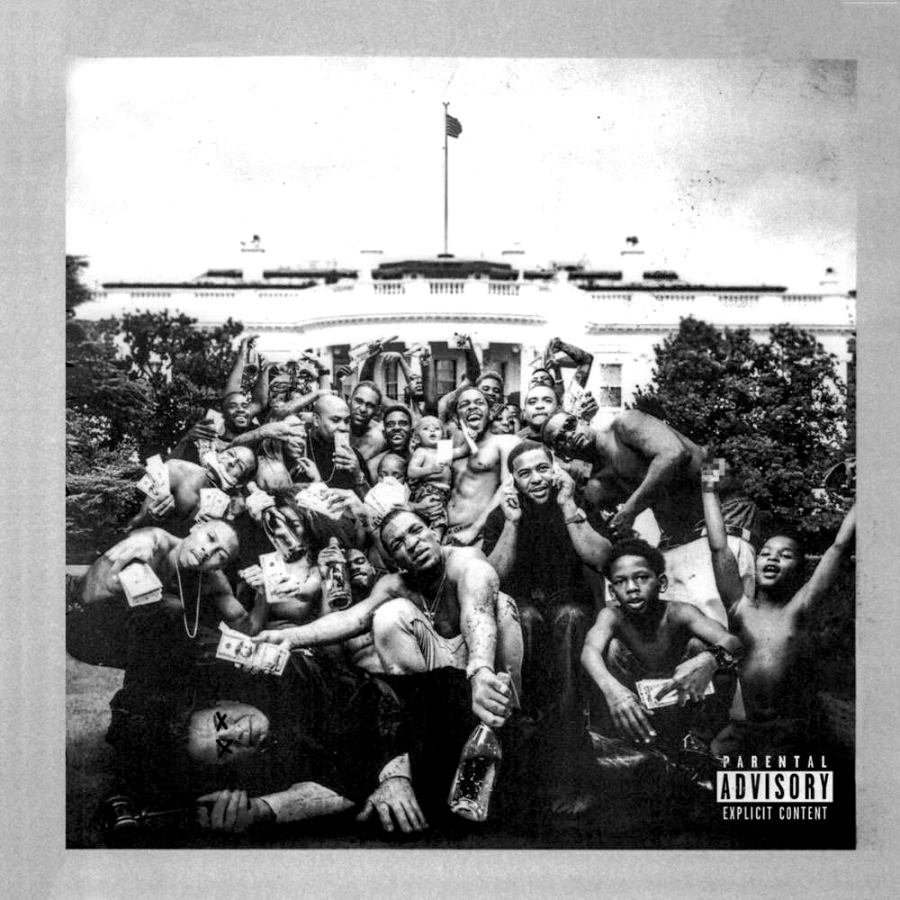 The album cover of Kendrick Lamar's "To Pimp a Butterfly"

He’s not the guy looking one or two years down the road. He’s looking down the road of his entire career, saying “I want to be compared to MLK when this is over.” He’s doing big things. Big, beautiful things that transcend the world of Hip Hop.

While we all hoped he’d put out an album of equal quality to his platinum debut “good kid, m.A.A.d. city”, I don’t think many of us expected Butterfly to be just as successful, if not more. We were all blown away, especially Obama, who named it his favorite album of 2015.

The cover art is obviously the first thing you’ll notice and it’s slap you in the face evocative. Men and children — actual friends and family of Kendrick who were flown out of Compton — flash stacks of hundred dollar bills over the body of a dead judge.

This is an advertisement for the political content on the album. While many fans will gravitate to aggressive radio hits like King Kunta (a reference to Kunte Kinte of Alex Haley’s novel, “Roots”) and “Hood Politics”, it seems Kendrick has put the bangers in to draw people’s attention to the deeper material on Butterfly; an examination of racial injustice.

In tracks like “The Blacker the Berry” and “I” Kendrick really gets to the heart of this issue and confronts the racial strife so ubiquitous in modern America:

“So why did I weep when Trayvon Martin was in the street? When gang banging make me kill someone blacker than me? Hypocrite!”

In the same track, he examines the semantics of the “N” word, attempting to reclaim the word by relating it to “Negus,” meaning “black royalty” in Amharic, an Ethiopian language.

Lamar’s greatness is more than a combination of political lyricism and aggression though. It’s his sense of nobility that really makes you root for him.

In “How Much a Dollar Cost”, Kendrick is equal parts anthropologist and rapper, comparing homelessness in South Africa to homelessness in his own neighborhood of Compton. It’s a self deprecating look at the reasons why he refuses to give handouts to those in his own community – and the unexplainable guilt he feels later as a result.

With moods ranging from spiritual to melancholy, Kendrick’s lyrics are complemented by live instrumentals throughout much of the album. Jazz fans will not be disappointed, as artists such as the grammy winning pianist Robert Glasper and critically acclaimed trumpeter Ambrose Akinmusi are just a few of the featured talents on board.

As for the title, Kendrick doesn’t seem to be ignoring the fact that “pimp” has negative connotations. If anything, it is a metaphor for black culture, something that is as pure and beautiful as a butterfly. With a very critical “To”, it is almost phrased like a question, as if to say, “To pimp a butterfly? That will never happen.”